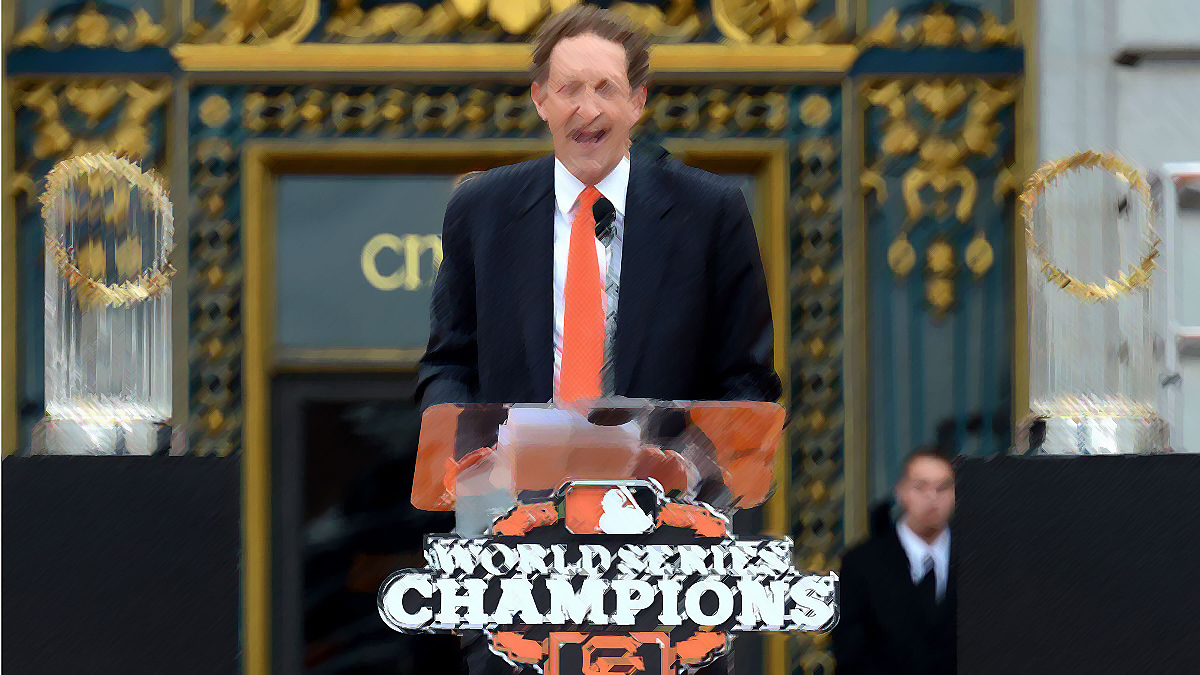 Sir Laurence Baer, CEO, President and Viceroy of the San Francisco Giants just published an open letter to Giants Nation. I think it’s worth a read so I am reprinting parts of it and providing you with a link to the full text here. Sir Laurence is a damn good writer.. or one of his staff is.. I like to think he wrote it. What I find most interesting in it is the honesty. He is not sugar-coating the season’s final loss or the need for a closer and some bullpen help.

Did you know that Conor Gillaspie lead the Giants with a slick .421 batting average and six RBIs in the postseason? Wow… Here is a bit more on Mr. October:

There was Conor Gillaspie emerging as yet another example of the Giants summoning surprise performances from players up and down the lineup. With the team battling for a Wild Card berth, Conor dove into a photographer’s well, flipped over a television camera and popped up with the foul ball in his glove. He was our hottest hitter during the final week of the regular season and batted .421 with six RBI during the postseason. Against the Mets in the Wild Card game, he broke the 0-0 tie in the ninth with a three-run homer to win the game. He came through again with a two-run triple off Aroldis Chapman on the way to winning Game 3 against the Cubs.

Here is a nice mention of Ty Blach:

There was rookie Ty Blach making a strong case for a spot in the 2017 rotation. He pitched eight shutout innings against Clayton Kershaw and the Dodgers in that final weekend and was an inspiration to us all. Then — stepping into the frying pan of Monday’s tense Game 3 – he coolly threw two scoreless innings to earn the win in the 13th inning.

Here is my favorite line:

In short, we will pursue every opportunity and commit the necessary resources to field the best possible team to get back to the playoffs in 2017.