A Tribute to Javy Lopez 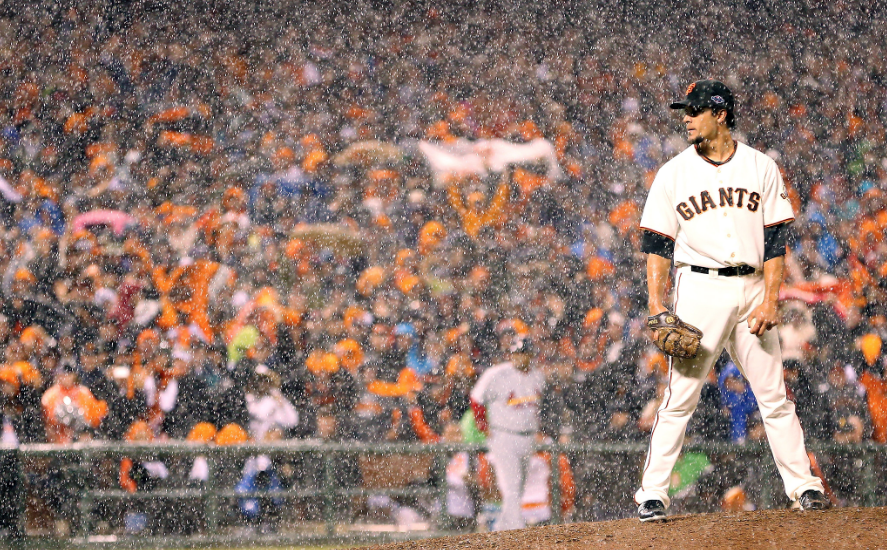 Javy Lopez might be the single most under-rated member of the core four (with Casilla, Affeldt and Romo). His steady hand and impeccable command were key factors in his uncanny, downright magical ability to get left handed batters out with a sub 90 MPH fastball. He was the lefty Romo in some ways. Bruce Bochy could count on Javy to get the big outs in the tight situations when getting the match-ups he wanted.

Lopez was a major contributor to the 2010 and 2012 titles, especially during the 2010 NLCS (game 6 stands out as a memorable appearance). Lopez mixed a slider with an effective slider with a sidearm deliver that traversed dramatic angles and basically made left handed sluggers look helpless at the plate. His pitches exploited new loopholes in time-space continuums. His steely nerves and slight build made for an unusual appearance. Javy Lopez was a good giant. He is articulate, intelligent and, according to many sources, a great teammate.

He will be missed. While his 2016 was largely forgettable, for reasons good and bad, his likely departure as a free agent means the entire cour four will be gone next year if the Giants do not re-sign fellow free agents Sergio Romo and Santiago Casilla. Jeremy Affeldt retired in 2015.

This means the Giants bullpen is going through a major transitional period and the reliability, indeed the very foundation of the bullpen will be gone. Age happens. Lopez is now 36 and has indicated he might be interested in playing for the Giants or the right team next year but it appears, with his decreased velocity and command, Lopez will likely saunter into the Major League twilight to a new career as baseball analyst.

Let us not underestimate the huge responsibility of a LOOGY: to get that one or two batters out in a critical moment of a game. We will hopefully forget the dreadful ninth inning of game 4 in the 2016 postseason and remember the many sterling appearances that Javy Lopez gave us. He was a gentleman, a dedicated athlete and a remarkably consistent and effective lefty specialist out of the pen.