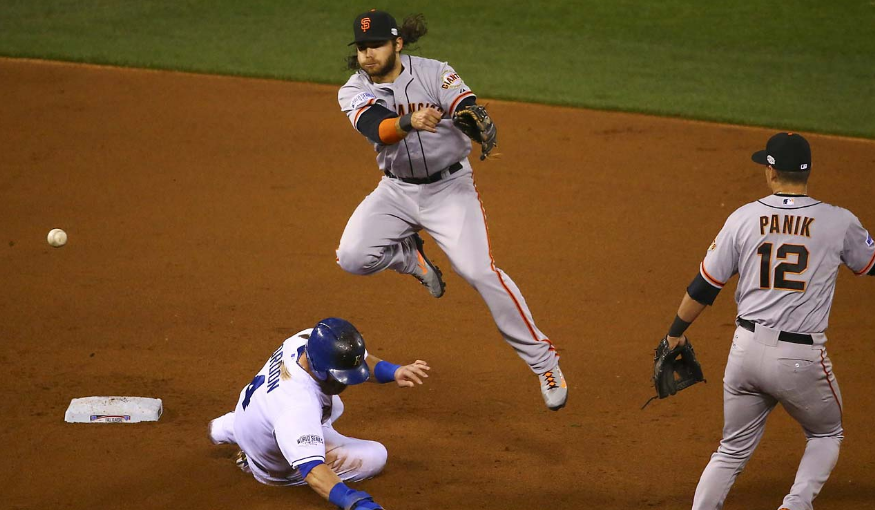 It’s been an interesting week. First, the Cubs win the World Series. Second, there was an election or something with some guy who was an underdog winning or something like that…. Third, and most importantly, Joe Panik, Buster Posey and Brandon Crawford won Gold Gloves for their 2016 seasons! For Buster and Joey Baseball the awards are the first of their careers. We hope and expect that many more are on the way. For Brandon Crawford, it was just another year at the office: defensive awesomeness mixed in with some wizardry at the plate.

The Giants are in the middle of one of their golden ages and in that golden age we have an infield for the ages. Third base, with the departure of Matt Duffy, remains a bit of a question mark. Yes, Eduardo Nunez is penciled in for next year and played great in limited duty last season. But the future remains a bit of a mystery. Nobody expects the Giants to retain Nunez beyond his contract and all eyes and hopes may rest on the prodigy, Christian Arroyo.

But back to the Golden Three! The Giants are the only team with three winners this year and each award is well-deserved. Buster Posey displayed a superb arm and excellent athleticism behind the plate all season. His ability to throw out runners was among the best in baseball. He was a key contributor to the excellent numbers by the starting rotation. His pitch-framing and pitch-calling duties are already legendary around the league. We all know how good Posey is with the wooden stick at the plate!

The Giants are blessed with the best all-around catcher in baseball. Praise Mays!

Joe Panik’s award was a bit of a surprise because of how many games he missed and his slight downturn at the plate. But his defensive runs saved lead all second basemen in baseball. There are few, if any, second baseman who turn a crisper and more beautiful double play than Panik. His overall baseball savvy on the diamond, particularly going into the hole and into the outfield, is a thing to behold.

Joe Panik, that once and former un-heralded prospect is now a genuine star.

When you go to google.com and type in “Joe Panik d” the auto-suggest gives you “Joe Panik double play game 7” which leads you to this:

Brandon Crawford continues to exemplify the athletic and elegant mastery of Giants baseball. His greatness on the field is almost routine now. Crawford goes back in the whole so quickly that it’s absurd. His quick release and bazooka arm leave me speechless on a regular basis. Throw in his leadership and capacity for big hits and you have arguably the best all-around shortstop in baseball. We are lucky to have him.