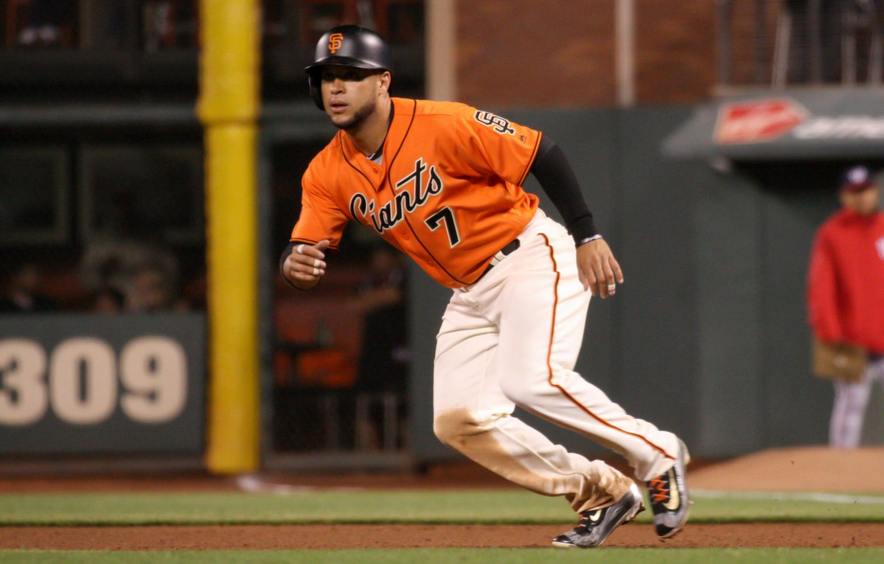 They called you the white shark…

Gregor Blanco has been in the news recently for his so-called “Goodbye” video thanking Giants fans and showing highlights from his career in San Francisco. I’ve always loved Gregor for his scintillating defense in the outfield and his ability to seamlessly play when and where the Giants needed him. I am not saying this is an official goodbye however. It may the Giants will find a way to bring him back though it seems unlikely. I want to dedicate this post to my favorite things Blanco.

The Home Run in the 2014 World Series

By all accounts the 32 year-old Venezuelan was a stellar person and a gamer. You never heard a bad word uttered about him. He played hard, played injured and was a very valuable player for the Giants in two championship seasons and beyond. I loved his speed and I loved how he could rarely lay off the high fastball, fancying himself a power hitter. He likely will find a home with another team that values outfield defense and a veteran presence on the bench (Mets? Mariners? Yankees?).

For a former journeyman outfielder to end up being the starting center fielder for a World Series-winning team is a remarkable achievement.

He was not just a good Giant, he was, and still may be, a Great Giant. Gregor Blanco is beloved by fans and players alike for his commitment to winning and his ability to cheer on his teammates and be ready at a moment’s notice for pinch-hitting duties, a spot start or a defensive replacement gig.

If he played his last game as a Giant I will miss him and wish him well always.