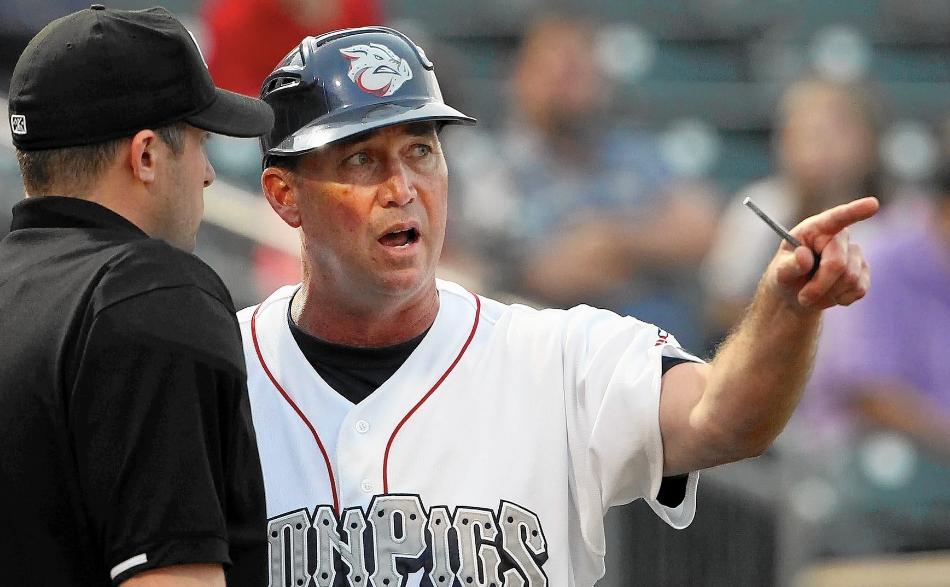 The Giants AAA team, the Sacramento River Cats, announce the new hiring of Dave Brundage as their manager. Brundage replaces Jose Alguacil who was promoted to the Giants to be their first base coach. With nearly twenty years of managerial experience, Brundage represents an important piece of the Giants development mosaic. Last season Brundage was the manager of the International League’s Lehigh Valley IronPigs, the Philadelphia Phillies’ Triple-A team. For an interesting take on his dismissal by those very same Iron Pigs, read the Phillies Blog article about Brundage.

Evidently Brundage, who led Lehigh Valley to their best season ever, was an old-school “My way or the highway” type of leader that rubbed some players the wrong way… It will be interesting to see how he translates into a new system with different expectations. The Phillies have been in rebuilding mode for more than three seasons now. The Giants are in “win now” mode.

Brundage has a career record of 1,371-1,315 in nineteen minor league seasons.

The Giants have some key parts of their future in AAA and AA baseball right now. Brundage will be expected to shepherd them into Major League players with his skill set. I have always believed the biggest difficulty old school managers face is staying relevant in the face of cultural changes among new and younger players. Attitudes, dispositions and expectations are often in flux. Some old-school disciplinarian moves may not be viewed with the same respect by younger players.

I once heard Ron Darling say the reason he would never manage in the Major Leagues was because of the income disparity between managers and players. When a manager makes 1/15th of his star players’ annual salaries, it is difficult to maintain credibility and respect in the clubhouse… Just watch the NBA or the NFL for some examples of the tails wagging the dogs….