The Junior Giants: Baseball and Philanthropy 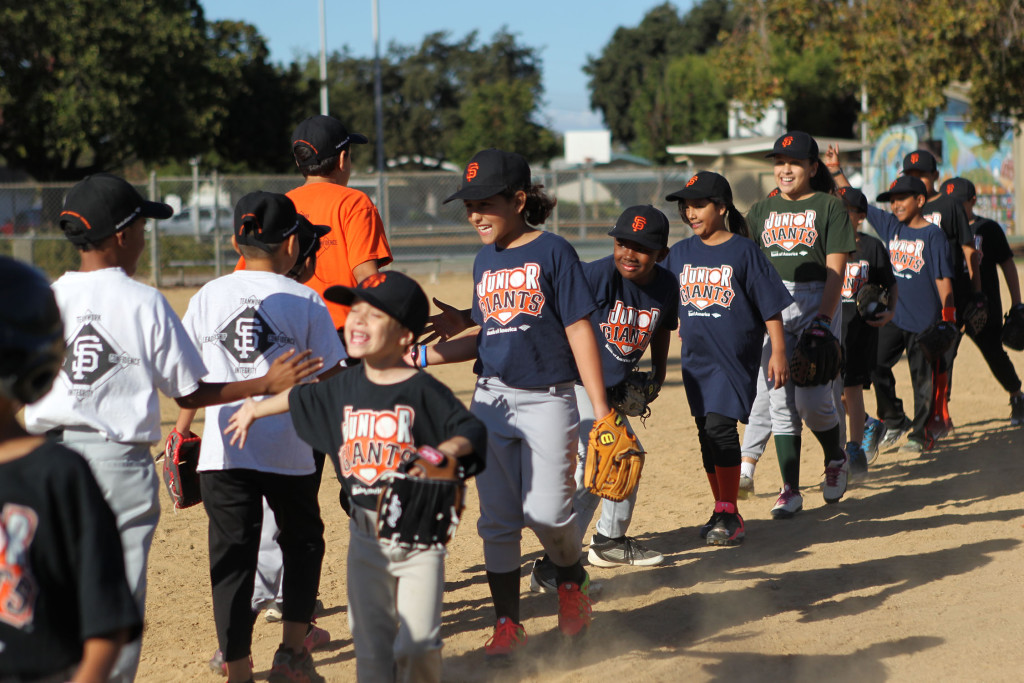 “a free, non-competitive and coed baseball program for youth ages 5-18. Working together with local agencies, families and volunteers, Junior Giants reaches into communities and offers youth a chance to learn the basics of baseball during the summer while also discovering the importance of essential life skills.”
-Junior Giants Website

This is a good cause folks. The Giants, like all teams, have a strong philanthropy arm. The Junior Giants program was established in 1994 and now serves over 25,000 kids in more than 90 leagues. That’s pretty impressive. That’s worthy of our support. The next time you see the Giants auctioning off game-worn wristbands or selling cheesy bobbleheads for the Junior Giants, go ahead and contribute.

I love that photo of the little guys and gals shaking hands!

It reminds me of one of the most important rituals after every Little League game: the handshake between opposing teams. In the NHL the opposing teams ceremoniously line up and offer each other congratulations at the conclusion of each playoff series. I think I may start a petition for baseball to do the same at the end of every regular season series. It would be a nice gesture for our youth to witness.

I believe no sport is more closely aligned with youth and kids than baseball. This is why the Junior Giants is a great program and one that will likely impact the lives of kids far beyond their youthful days into adulthood.

When my family moved from Canada to West Palm Beach, Florida when I was 7 my earliest memory is my dad taking me to sign up for Little League baseball. I was used to playing hockey so I did not know which end of a baseball bat was up. I fell in love with the game immediately thanks to my disciplinarian coach, Mr. Boyd, who taught us the fundamental skills and the importance of playing as a team to win. Those were memories that have stayed with me to this day.

For the comment threads I request a set of comments about your days playing Little League baseball, softball or any other sport. If you did not play, share with us your memories of your children playing.