What Do the Justin Ruggiano and Michael Morse Signings Mean for the Giants? 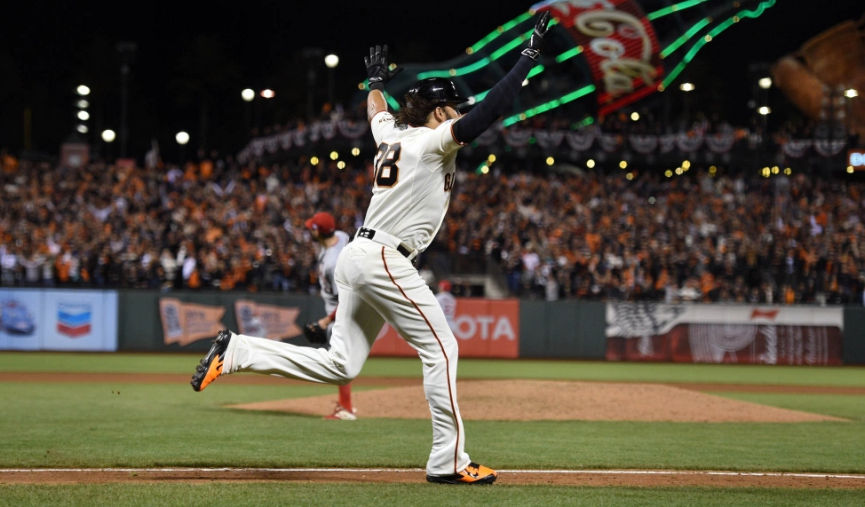 With the news that the Giants signed Michael Morse and Justin Ruggiano to Minor League deals it’s time to examine the potential upside of these acquisitions. A guy can dream can’t he?

We all know the Michael Morse feel-good story: big-time injury-prone slugger hits game-tying homer in bottom of the 8th in pennant-winning game at Willie Mays Field in his only pinch-hit appearance to propel the Giants to their third World Series in 5 years… I may have broken the National League record for hyphens in that last sentence… Michael Morse is likely done as a Major League player but signing him serves two purposes: to provide the Giants with right-handed power insurance in the outfield or off the bench and to give the TWG and Giants nation group something to fantasize about as we reminisce of better days….

The Justin Ruggiano acquisition is the one that intrigues me most. Ruggiano is a talented player who has shown signs of being a legitimate every day power threat in the outfield. But, like the case with Michael Morse, his career has been derailed by injuries, very serious injuries that have limited his career to less than 70 games in the past two years. He has also been acquired by no less than 5 teams in six separate transactions during that span!

We all know what Bobby Evans is thinking: high upside, hoping for lightning in a bottle from a talented player who can somehow stay health at very minimum risk…

These are typical Giants moves: think big, hedge your bets, and hope the magic of San Francisco gives a veteran player one more season of glory (Cody Ross, Aubrey Huff, Pat Burrell, etc.). They make good business and baseball sense and the Giants can afford to roll the dice on these types of players since their upside fits the Giants needs.