What Does Bobby Evans Have Up His Sleeve With All the Recent Veteran Acquisitions? 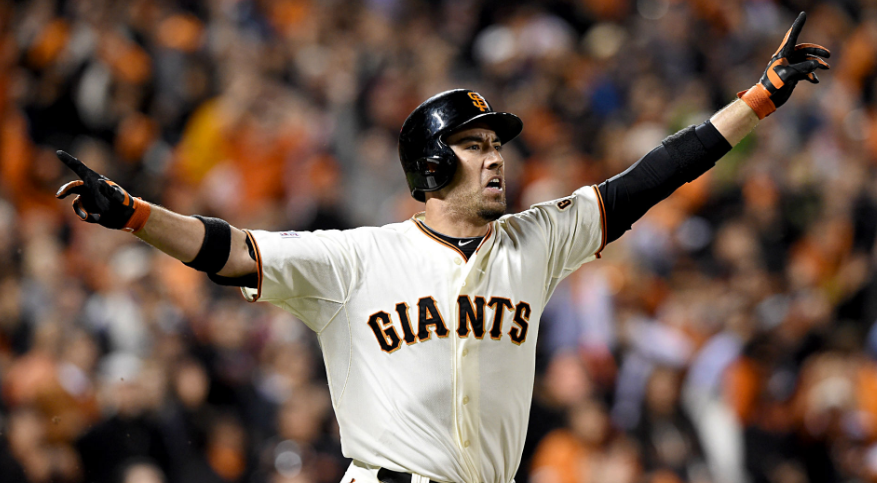 With all the recent acquisitions of “veteran” players like Jimmy Rollins, Justin Ruggiano, Michael Morse and Josh Johnson is it possible that GM Bobby Evans is prepping the groundwork for some sort of trade? Is he stock-piling veteran players for Sacramento to light a fire under the River Cats? Is there a reason why each of these acquisitions comes from the baseball scrap heap?

One has to wonder if something else is at play, particularly with the Jimmy Rollins and Justin Ruggiano acquisitions. It could be that Bobby Evans is gambling that these players, one a former World Series champion and MVP (Rollins) and the other, a right-handed power bat for the outfield (Ruggiano) will provide some depth in the event of a trade that involves someone like Mac Williamson, Eduardo Nunez or, Mays forbid, Joe Panik.

The spate of new signings of players nobody else wants is kind of uncouth and makes the Giants look a little desperate or like mad geniuses, depending on how things turn out in 2017. There’s no denying the buy low, sell high philosophy at play here. The Giants can afford to throw away a few million here and there hoping that one of these players puts forth a Travis Ishikawa moment.

I mean really! Did anyone in the world see Travis Ishikawa hitting the pennant-winning homer for the Giants back in 2014? Was there any dream scenario for any fan where this was even a marijuana-alcohol-name-your-narcotic-fueled fantasy?

Perhaps Evans, as I mentioned earlier, is counting on the magic of the Giants and their coaching staff, fans and beautiful ballpark to provide one last hurrah to these players nobody else loves.

But are there potential consequences? As one astute commenter speculated yesterday, is it possible that some of our AAA and AAAA players are starting to wonder just WTF is going on? How would you feel if you were Jarrett Parker or Kelby Tomlinson right now?

There has been some superb speculation in our commentariat about what exactly Evans is thinking here. Is he being a Thrift Store shopper when he should be perusing the goods at Tiffany’s? There is nothing more gauche than being a millionaire looking for a bargain. Are the Giants just being kind of cheap and afraid to make that big bold move, say, a trade for J.D. Martinez or Ryan Braun in exchange for Tyler Beede, Christian Arroyo and perhaps Eduardo Nunez? It is a truism that windows of opportunity to win championships don’t stay open forever in baseball. The Giants brass must weight the extent to which they want to remain competitive for the foreseeable future as MadBum, Buster, Craw and the gang edge closer to the twilight of their careers Vs the risk of mortgaging the longer-term future for a win-now philosophy.