Who Will Play Left Field for the Giants in 2017? 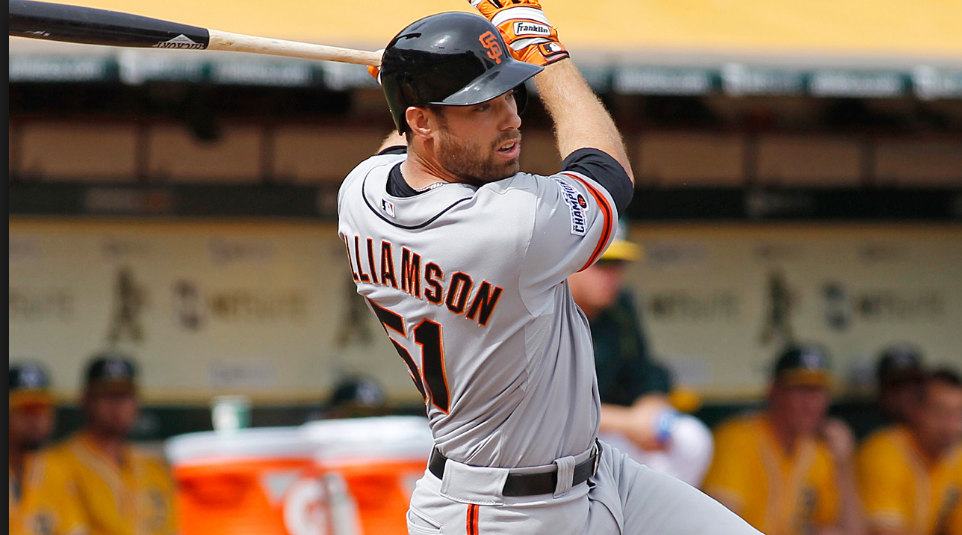 With news that the Mets just signed Yoenis Cespedes to a 4 year $110 million dollar contract the Giants are now faced with one less option for their left field vacancy. There are still considerable possibilities to reflect upon for Giants fans and for our very own Bobby Evans. They include making a trade for a marquee player in the vein of Ryan Braun (please no) or signing an aging veteran free agent like Matt Holliday as a stop-gap (please no). In between these possibilities and various hot stove permutations it is easy to forget the obvious solution, the one avenue closest to home that will not cost the Giants any prospects or require a nine figure contract: Mac Williamson.

It’s hard to read the tea leaves regarding the comments made by Giants brass but I sense the Giants may resist spending the big free agent dollars or popping a trade for a top player this year. I have a feeling the team may decide upon a path that goes like this: Let Mac Williamson and Jarrett Parker duke it out for left field during spring training and either platoon them or name one player a starter.

I personally have always believed that it is very hard to succeed as a player when your job is in jeopardy after every game and every at bat. In baseball peace of mind and mental clarity are essential components to success. Since success is measured over the long-term, I believe the Giants have mis-handled the development of many young players. Think Brandon Belt, for example. Remember 2011? Belt was strung along and never given the full opportunity to shine. Battling Aubrey Huff and others for playing time delayed Belt’s development and certainly fudged with his confidence. It arguably delayed his arrival as a full-fledged Major Leaguer at least one year.

The tricky thing with un-proven young players is knowing when to pull the plug on them if they start off slowly or enter into a prolonged slump. As critical as I am with the Giants handling of Belt, one cannot deny the team has done an excellent job grooming Buster Posey, Joe Panik, Brandon Crawford, Matt Duffy and other young starts. They certainly have a great track record with developing young talent.

Last year, Williamson performed admirably for much of June and July while Hunter Pence was on the disabled list. He displayed legitimate Major League power, speed and a propensity for the big play in right field. I believe the Giants should trust him and tell him you are our left fielder of the future. His style of play as a power-hitting right handed bat is exactly what the Giants need and what he would save in salary could be used to acquire a Mark Melancon and some form of outfield insurance policy on the free agent market.