Why Ryan Braun Is Not Right for the Giants 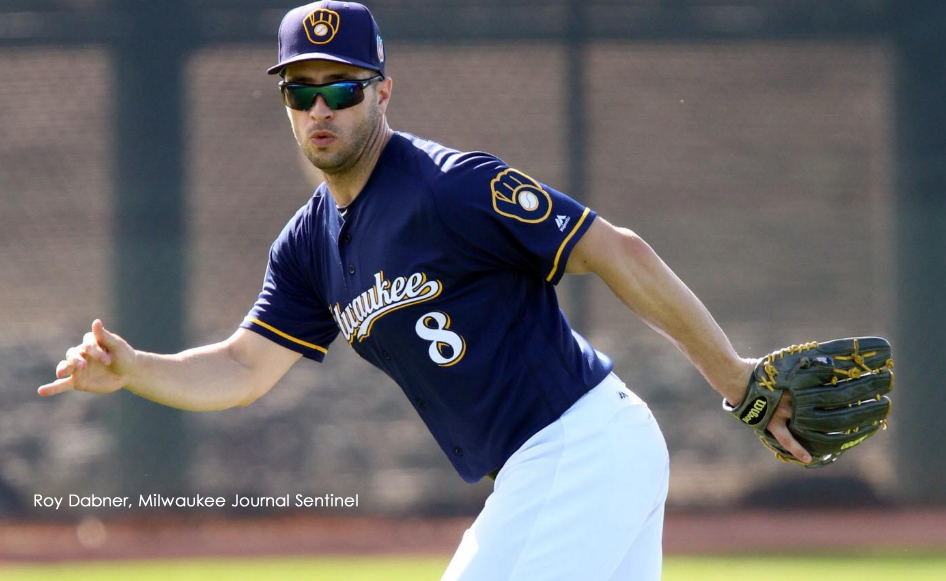 I was a big Ryan Braun fan until his fall from grace. This Four Tool player (five tools minus speed) is fun to watch. Braun has had a stellar career until his PED nightmare. We all know the story: He tested positive once, in 2011, blamed it on the testing mechanism and organization handling his sample and was subsequently exonerated, only to be caught with a second positive test for a banned substance and suspended in 2013. His reputation will never recover from that debacle in my eyes.

He has since rebounded to have excellent seasons upon his return from the suspension in 2014, 2015, and 2016. Ryan Braun, in short, is exactly the type of player who would fit the needs of the Giants in left field. His defense is above average still and his run producing abilities would provide a much-needed right handed power bat in the lineup. But I don’t want him and neither should the Giants.

Not only would he cost plenty in a theoretical trade. Not only is he on the wrong side of 30 (33 years-old)… Signing him would send the wrong message to fans and players alike while compromising the sterling image of the Giants brand.

One of the most profound elements of my love for our San Francisco baseball club is the feeling that our beloved Giants operate at a more righteous and moral level than other teams like say the Cubs or the Yankees. This feeling, solidified by the Giants refusing to bring back Melky Cabrera after his suspension in 2012, meant a great deal to the legacy and image of our team. We use these terms loosely and derisively in most instances: “image”, “legacy”, and “perception”, but in the case of the Giants they matter. The team has become a standard-bearer on how to treat players and create a culture of winning and success not predicated solely on signing big free agents. The Giants winning ways are to be emulated for many reasons, not least of which is the team’s commitment to players who complement each other on the field and who provide an added level of success off it.

Think about it: The Giants players are rarely, if ever, in the news for bad behavior (a few Sergio Romo and Pablo Sandoval tantrums aside). This level of excellence makes them unique and creates an image that transcends baseball. Signing a player like Braun or Aroldis Chapman would harm the legacy of excellence the Giants have created ever since Barry Lamar retired.

The Giants are a wonderful reflection of the optimism and joy of the Northern California mindset. Going to a Giants game diverges greatly from the experience and aura of going to a Yankees or Marlins game. The feeling in the crowd at Willie Mays Field is far more fan-friendly and innocent than in many other ballparks. I attribute this characteristic not only to the excellent populace of Bay Area baseball fans but also to the culture of winning the right way the Giants ownership, Brian Sabean and Bruce Bochy have cultivated. Don’t get me wrong. I understand the Giants are a multi-billion dollar enterprise and their players are not all Angel(s) Pagans. My point is their approach to signing players who become part of the community and culture of the San Francisco is a major part of the team’s success.

No longer are the Giants a team of prima donnas or bad boys. Led by Bruce Bochy, the Giants are almost an old-school team-first type of baseball club and that is part of what makes them such a joy to behold.