Why the Giants Should NOT Platoon Mac Williamson and Jarrett Parker 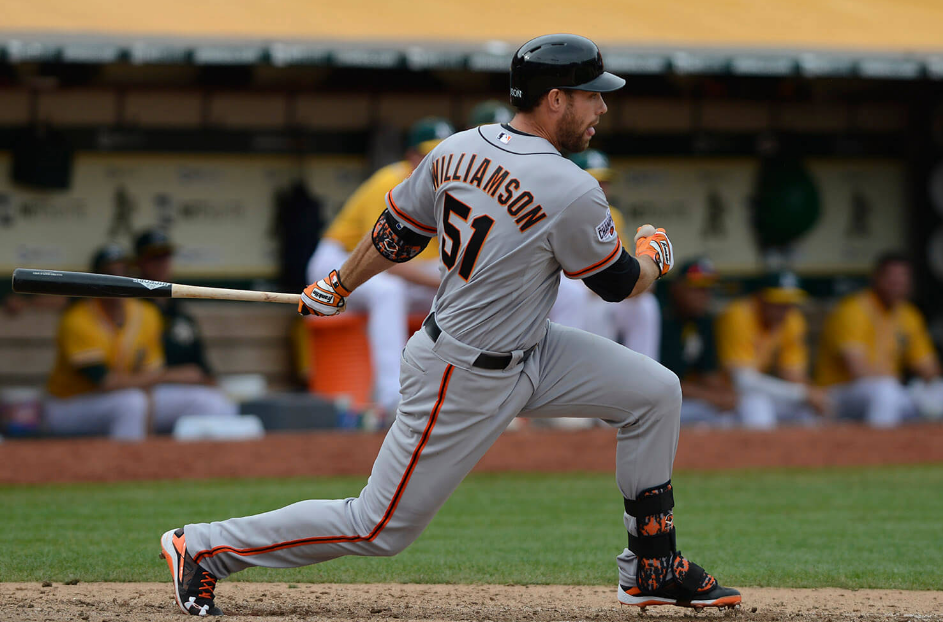 I’m not going to provide you with numbers, splits and statistical references. I am simply going to explain why I think Mac Williamson should be the everyday left fielder for our San Francisco Giants ball club. Platooning him with Jarrett Parker would be a big mistake. Let’s first go over the safe thinking and the likely strategy Bochy will employ during spring training and going into the regular season: a platoon with Parker facing righties and Williamson facing lefties. I hate platoons. The splits are over-rated. Guys like Brandon Crawford and Brandon Belt are the reason why platoons should be thrown out the window.

A baseball player needs to maximize his at-bats to gain value for his team. Rhythm, consistency and confidence are the three most important qualities a hitter must bring with him to every at-bat. When you employ the match-ups and platoon philosophy as a rule, you become predictable and you also risk preventing a player from developing into a complete hitter or a productive regular. In theory, I would have loved for the Giants to acquire Yoenis Cespedes. He was my choice for left field but I am not going to be greedy since I did get my second wish in Mark Melancon.

Don’t get me wrong: the line between starter and platoon/pinch hitter in the Major Leagues is pretty darn wide. It is a huge divide in both ability and psyche and some players never quite get there while others, when given the opportunity, even later in their careers, become standouts.

I believe, after watching Mac Williamson last year and speaking with his mom on the subway to Yankee Stadium in that grueling New York heat wave when the Giants were in town (I actually did speak with her on the subway), that Williamson has the tools to be a valuable left fielder, an every day player and perhaps even a star for the Giants. He has a strong combination of power, speed and defensive abilities that make his upside pretty high. While he demonstrated moments of emerging into a good player filling in for Hunter Pence last year, his injury complicated matters for him greatly and he never returned to the Giants in any meaningful capacity since. That was terrible timing for Mac.

My theory is this: with a new start to the season, a healthy recovery from his injuries, and the right amount of confidence shown in him, Mac would emerge into our next diamond in the rough (think Matt Duffy, Joe Panik, etc.). A right-handed power hitter with Williamson’s upside should be allowed to face right-handed pitchers and play every day for a minimum of 100 at-bats. That’s roughly a month of the season. In fact, for his career, Williamson is batting .239 against righties and .212 against lefties… (So I lied about not providing stats). The question for Mac will be putting the ball in play, minimizing strikeouts and hitting enough long balls to justify a sub .250 average and a sub .320 OBP while providing good to very good defense in left field.

I think making the left field competition open going into spring training may be a great idea. If Williamson emerges into the top performer, he should play every day to gain his confidence and rhythm. The rhythm method works in baseball. Just ask Belt, Panik and Duffy. Once they were able to get enough at-bats and play every day, they emerged into valuable players. Brandon Belt was never given the confidence of a long leash and he was subsequently jerked around terribly in 2011. That lack of commitment to him arguably hurt his confidence and delayed his career emergence into one of the top first baseman in the league.

I believe Williamson will be the first home-grown outfielder to contribute to the Giants in a meaningful, if not very important way since….. I can’t remember the last one???