So There’s a Game 7 Tonight… 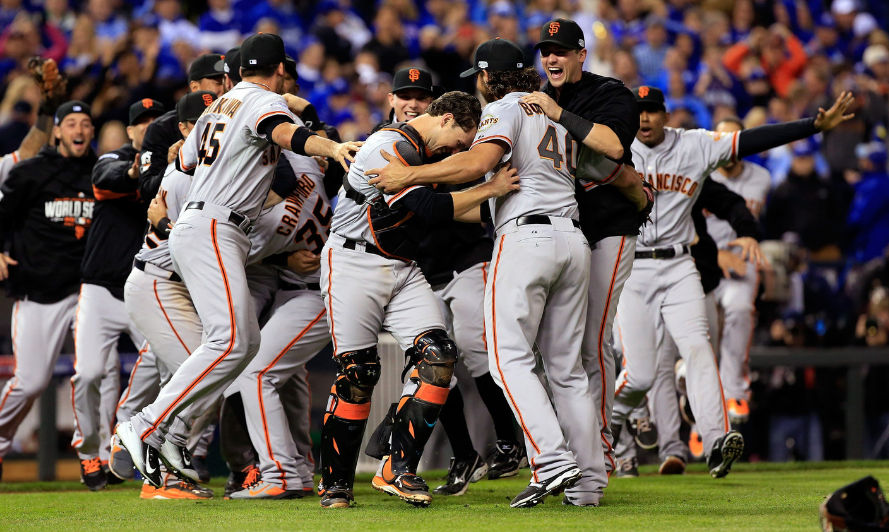 Game 7s are a beautiful thing, particularly in the World Series. The history of Game 7 in the World Series is fascinating and difficult to read as an indicator for tonight’s game. Tonight, the Cubs and Indians will play game 7 of the 2016 World Series in Cleveland for a chance to re-write history and change the dynamics of their respective franchises. Both teams have epic championship droughts to quench. Both teams have loyal and long-suffering fanbases that have become acclimated to perennial disappointment. The Indians lead 3 games to 1 in the Series and have fared poorly in the past two games.

In 2014 the Giants prevailed over the Royals in a memorable Game 7 that cemented the San Franciscans as a 21st century dynasty. In that game, the last Game 7 to be played in the World Series, the Giants were a sensational double play away from losing the Series. Game 7s are heartless and cruel for the losing team. What I find most interesting about Game 7 in the World Series is that it is the only game in the entire baseball season that is an elimination game for both teams with no other series or game to worry about it. It’s win and go home; lose and go home. This means that both managers are in the same position when it comes to handling their pitching staffs. Bruce Bochy’s quick hook, pulling Tim Hudson after only 1 2/3 innings was an example of managing for the moment, not the season or series. Managers and players must play and think differently in this game.

It is a frequent baseball cliche: to treat a playoff game like any other game. The truth is far from that simple. Players may keep their routines they utilize during the regular season but the actual game strategy is very different. The dynamics of pitcher use are nothing like the regular season or even earlier playoff series. I have a theory that Joe Maddon pulled Jake Arrieta early in last night’s game in case he wants to pull a Bumgarner and use Arrieta for an out or an inning or two in tonight’s game.

Frequently in Game 7s the team that wins the previous game has a mental edge they take with them to win the finale. Think Angels in 2002, Cardinals in 2011, and Mets in 1986.

For tonight, The Indians are going to the Corey Kluber well for the third time in the Series. They are hoping their ace can pitch effectively on 3 days rest for the second start in a row. The Cubs are countering with a fully-rested Kyle Hendricks. After last night’s blowout by the Cubs, my guess is they have the psychological edge and the advantage in pitching match-ups now that the Cubs hitters have awakened from their World Series slumber.

Let’s hope for a better game than last night’s debacle!

A word about the comportment of players in this World Series: it has been mentioned that many of the players and announcers are over-reacting to every little event, treating singles as if they were walk-off homers. I went back to watch specific plays from the Giants championships and I must say there is truth to this analysis. When Marco Scutaro hit his World Series-winning single in the top of the 10th inning of Game 4 in the 2012 World Series (with two outs no less) he barely made a facial expression….  In short, he demonstrated the dignity and grace befitting a champion.

There is something to be said for acting like you have been there before, both in life and in sports… It comes down to looking successful and confident as opposed to desperate and easily-pleased…