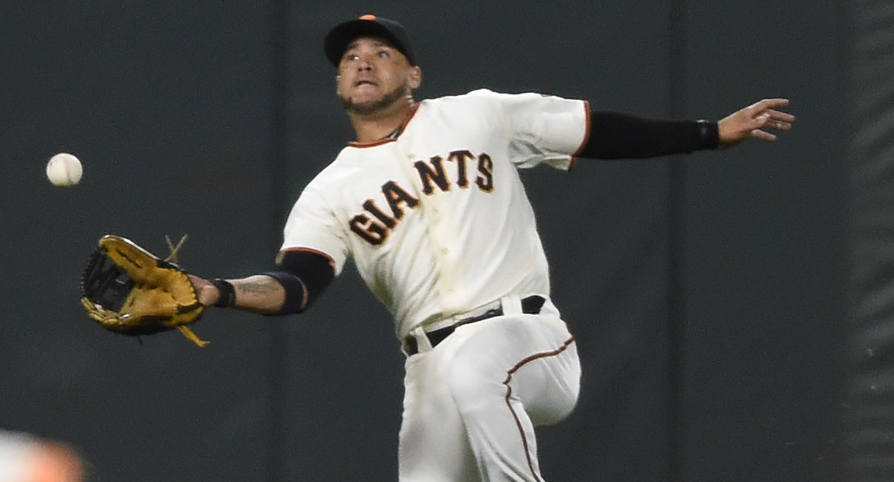 Au Revoir Gregor, We will always love you. Breaking up is oh so painful. Even when you find the new girl who makes you happy it still stings to see your ex hook up with another man…. When I read the news about the Diamondbacks signing our beloved Gregor Blanco my first reaction was: “What? How could you Gregor? Really? You mean you don’t love me anymore?” Even when you have moved on it is so perversely painful to see your ex moving on, especially if it’s with the Dbags!

It’s hard to believe Blanco was not valued more by the Giants. Perhaps they were concerned with his age or health.

Gregor occupies a special place in Giants lore for so many reasons: the perfect game, the 2012 World Series, the 2014 World Series, his excellent glove, his hard play, his gentle and admirable attitude. He was a fan favorite, at least, a Greek Giant favorite for many wonderful reasons and seasons.

He will be missed. I wish him well but I would feel a little better about those wishes if he signed with a team in the American League instead of one of our divisional rivals. That’s the equivalent of your ex shacking up with some idiot you both knew was a jerk but you secretly feared your ex found his jerkdom sexy… Your worst fears are realized!

Blanco’s Going to Dive… And He Makes the Catch!!!

That is Way Back!