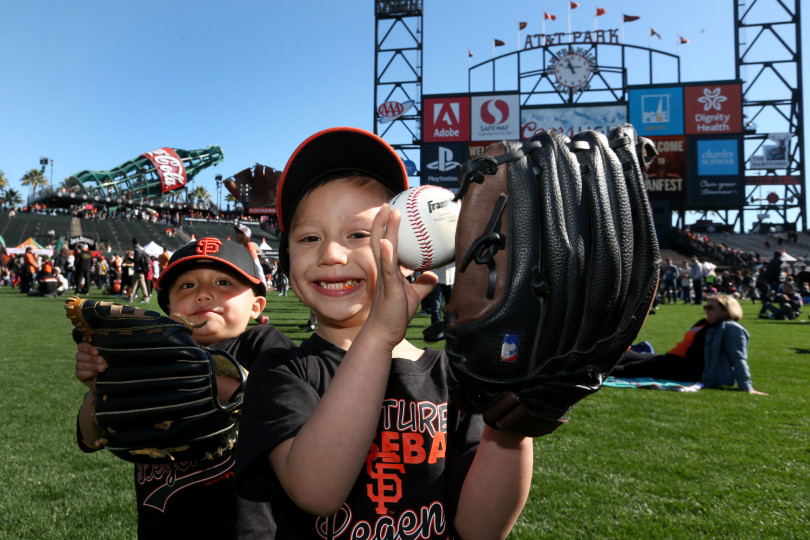 As if Fan Fest 2017 weren’t already exciting enough. Barry Lamar, the builder of the Giants Temple on 3rd and King decided to make an appearance on his bicycle.

Giants fans got the chance to see Buster Posey, Matt Moore and Jeff Smarge among other players as they mingled on the hallowed grounds of Willie Mays Field.

More than 32,000 fans attended the event featuring players signing autographs for fans, tours of the Giants Clubhouse, and the Giants’ three World Series Championship trophies. There were World Series rings and kinds playing catch with their dads.

It was a spectacular day filled with the requisite joy, optimism, and fun only baseball fans with big dreams can provide. It looked like a cool party. I wish I was there.