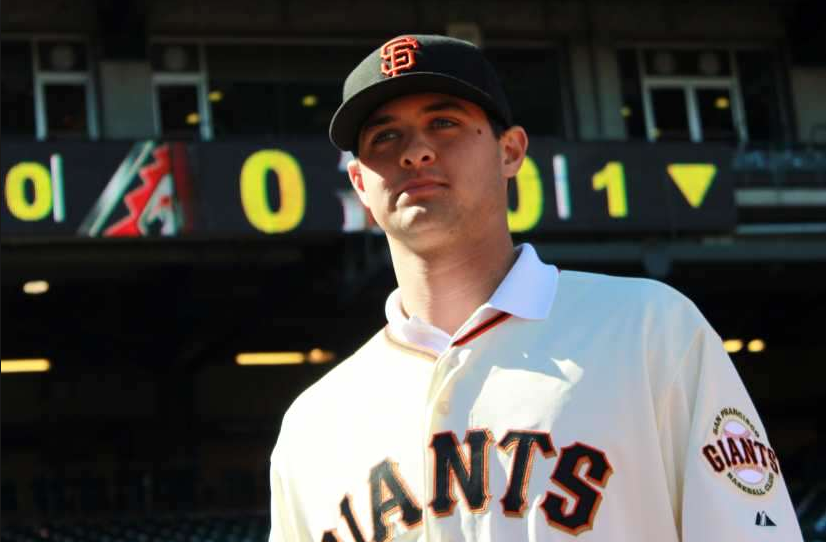 Every year Baseball America (I remember when it was just a magazine) lists the top 10 prospects for each Major League Team. For the Giants the list is interesting in more ways than one.

Tyler Beede and Christian Arroyo are no surprise. We expect, we pray, that they will contribute to the big league team by this year or next. Chris Shaw is another interesting choice. His easy power and left-handed bat along with his progression in the Minor Leagues all peg him to be a potential every day player. In fact, when he was drafted I researched him a bit and I had a feeling that he would be a sleeper prospect.

Listing Ty Blach as prospect number 6 after his two starts last season seems a bit forgetful but we can forgive Baseball America since his overall Minor League career did not exactly set hearts aflutter.

Last year’s second round draft pick, Bryan Reynolds, is an intriguing selection at number 4. He has played a grand total of 56 professional games and his numbers so far look very good. In 217 at-bats he has driven in 38 runs with a .484 slugging percentage.

Catcher Aramis Garcia is listed as number 9. The Florida International University grad was drafted in the second round in 2014 and has had an up and down Minor League career so far. Many scouts sing the praises of his defensive skills and we will have to see where he fits into the Giants plans considering the team needs a Major League capable third catcher.

I like lists like these because they help frame the narrative of prospects for each organization. I have a feeling Blach and Shaw will be important parts of the Giants in 2018. Arroyo may see some playing time in 2017. I am rooting for Tyler Beede too.

Spring Training is less than a month away!

Congratulations to Tim “Rock” Raines, one of my all-time favorite players, a very nice guy, and a childhood hero, on his induction into the Hall of Fame yesterday.