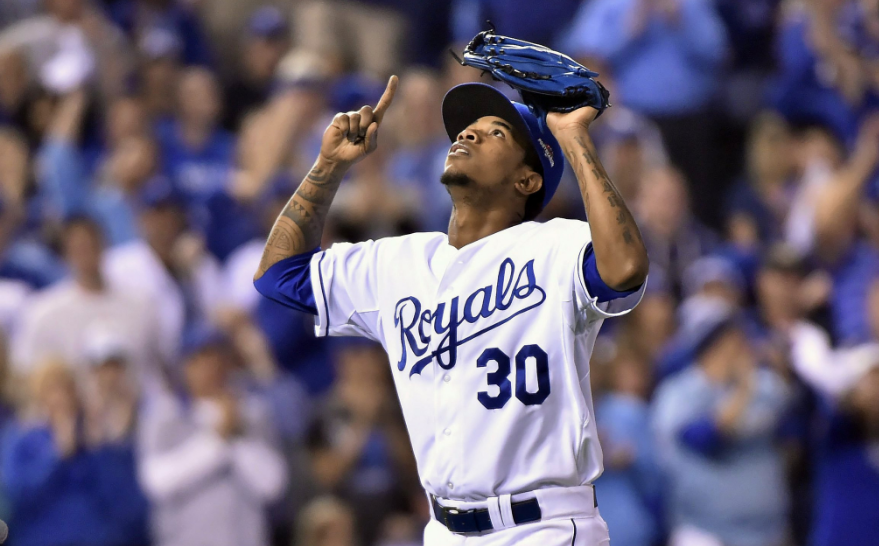 It’s a cliche to say (or write) “There’s more to life than baseball.” The irony of cliches is that many of them are cliches for their truth and their resonance. Yordano Ventura, the fine Royals starting pitcher, ace and wunderkind was killed Sunday morning at the age of 25 in an automobile crash that also took place shortly after another crash took the life of Andy Marte. In a strange and mysterious baseball moment, Andy Marte’s final game was August 6, 2014, started by Yordano Ventura. You can read more about both players here.

Ventura, the mercurial, brash and enigmatic pitcher was a key part of the Royals resurgence. Growing up in the Dominican Republic, Ventura dropped out of school to support his family by working for a construction company. A fluke tryout with Major League baseball scouts altered the course of his life. When scouts saw his scintillating fastball mixed with his brash, cocky demeanor, he was soon signed. His path from Dominican Republic construction sites to the glamour of Major League baseball culminated in his World Series ring in 2015.

Ventura was among the young, highly-talented players who made up the heartbeat of the Royals resurgence: Eric Hosmer, Mike Moustakas, Salvador Perez, and Lorenzo Cain. That’s one spectacularly talented group of players and together they propelled a baseball renaissance in Kansas City that still reigns today.

My condolences go to Ventura’s family and the Royals. Baseball lost another bright, electrifying star and together we mourn.