Does Matt Cain Deserve to Be Anointed the Fifth Starter? 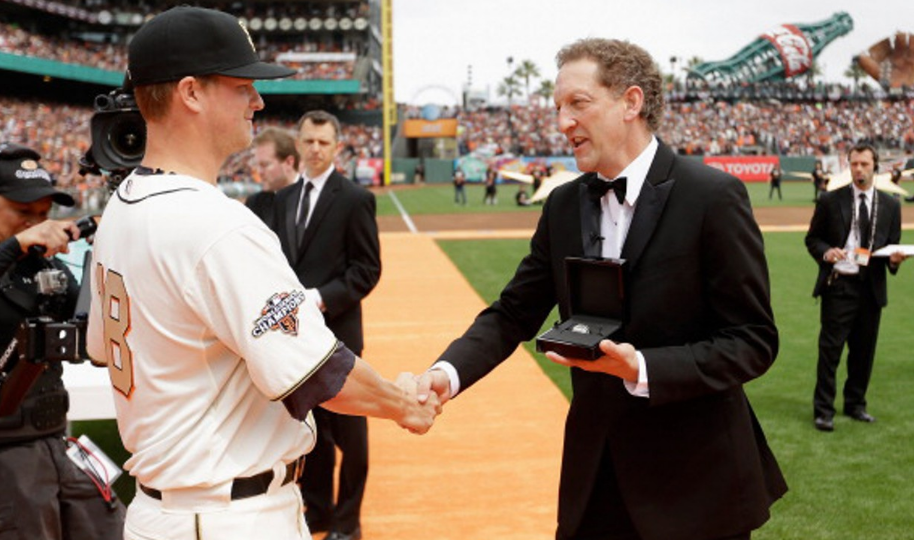 There’s lots of nervous talk these days as Spring Training 2017 turns one week old. The subject of this nervous Giants fans scuttlebut surrounds one question: Who will be the 5th starter in the rotation? Specifically, do the Giants anoint Matt Cain, assuming he is 100% healthy as reported, to be their fifth starter? Or, should they hold an open competition that includes such fan favorites as Ty Blach, Tyler Beede and others?

The question about the fifth starter is really a question about loyalty vs what is best for the team. Let’s get one thing straight: Matt Cain is forever a Giants immortal. Between his three rings, his perfect game and his general awesomeness, dignity, and overall great career, you have the makings of a member of the first ballot in the Giants Pantheon of heroes.

That was then however. This is now. How does the past play into decision making today for the Giants? Cain’s recent history does not live up to his glory years. With words by Bochy and Evans being parsed and analyzed as if they were gospel from the second coming of Jesus Christ himself, fans are worried that the Giants are simply going to hand over that coveted fifth starter spot to Cain based on his huge salary and their sense of loyalty to his past greatness and excellent service.

The thinking is that Cain’s disastrous numbers facing opposing lineups for a second and third time contributed to the bullpen being taxed last season, and hence, the second half decline. This narrative is not exactly supported when you look at the Giants bullpen innings pitched last season, which was, if I recall (someone can look it up) around the middle of the pack in the National League). Whatever the case with Cain’s impact on the bullpen the bottom line is this: his numbers are not good the past three years.

While we all love the concept of loyalty, it only gets you so far. Being loyal to a fault is no way to run a baseball team. Putting wins and championships ahead of egos and past glories is how one should manage and general manage the Giants. It’s what Bill Belichick does in his own uniquely cutthroat and efficient way and it is one of the ingredients to his success.

Since, as I mentioned above, Spring Training just started I prefer to take a cautious approach to this question. It could very well be that Evans and Bochy are simply saying nice things about Matt Cain out of respect to his status. It could be that the Giants are going to run an open and fair competition for that important last starter spot in the rotation. The Giants appear to have one of the top three rotations in all of baseball. An effective fifth starter could mean the difference between, say 85 and 95 wins. If the Giants start the season with Matt Cain as the fifth starter and they give him a long leash, say 2 months, to stink it up before they make a change then this is simply bad management. The worry is that, based on past experiences, Bochy will give Cain too much leeway out of a sense of loyalty to his former ace.

It’s important to remember that fans don’t live and breathe with the decisions a manager has to make. They never have to interact with players or accept responsibility for bad decisions. It is also possible Bochy knows more about Matt Cain’s health and effectiveness than fans on the outside do. We shall see. This is a very, very big season for the Giants. Johnny Cueto may opt out next year. Hunter Pence and Buster Posey are not getting any younger. The Giants need to go all in for their decision making if they want that fourth ring this decade. Now is not the time to worry about a player’s salary or past glories.