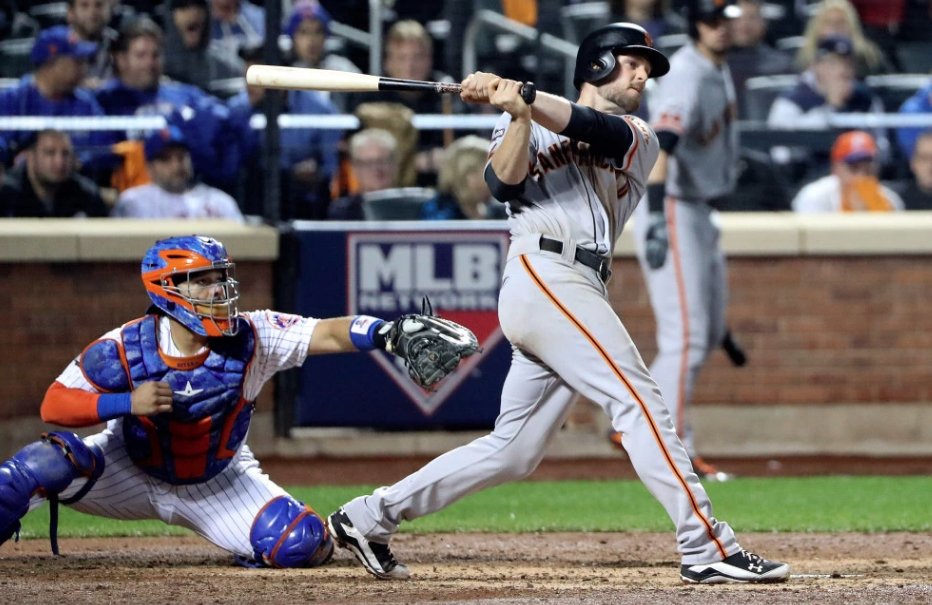 I always liked Conor Gillaspie. I love that he bats with no batting gloves. I love that he literally rubs dirt on his hands to get them ready for the next pitch. You gotta love his old-school approach to baseball. Last season’s hero of the Wild Card game looks to be assured a roster spot with the signing of his new contract. The Giants came to terms with the third baseman for a one year deal that will pay him $1.44 million. The contract means the Giants and Gillaspie will avoid arbitration, which can sometimes get ugly.

And They Are Stunned in the Big City!

Conor Gillaspie has proven to be an important part of the Giants options for pinch-hitting duties and a sport start at third base. His left-handed bat provides some punch and he has that “veteran approach” that Bruce Bochy loves.

This means that there is one less spot open on the roster for an infielder. Between Eduardo Nunez, Kelby Tomlinson, Jimmy Rollins, and others, the Giants may have to make some difficult decisions before opening day.

In other news, the A’s signed Santiago Casilla to a two year deal worth $11 million. The 36 year-old right-hander and former Giants closer was basically chased out of San Francisco with flaming pitchforks. Rumors have swirled that he was not able to speak with Bruce Bochy after the season (whatever that means) and Bruce Bochy followed with a long letter thanking Casilla for his work as a Giant.

Part of me is happy for Casilla and his new contract. The other part of me is hoping the new team leads to a new awakening for his career. Let’s remember him fondly and wish him the best, except when he faces our boys in inter-league play or during the World Series.