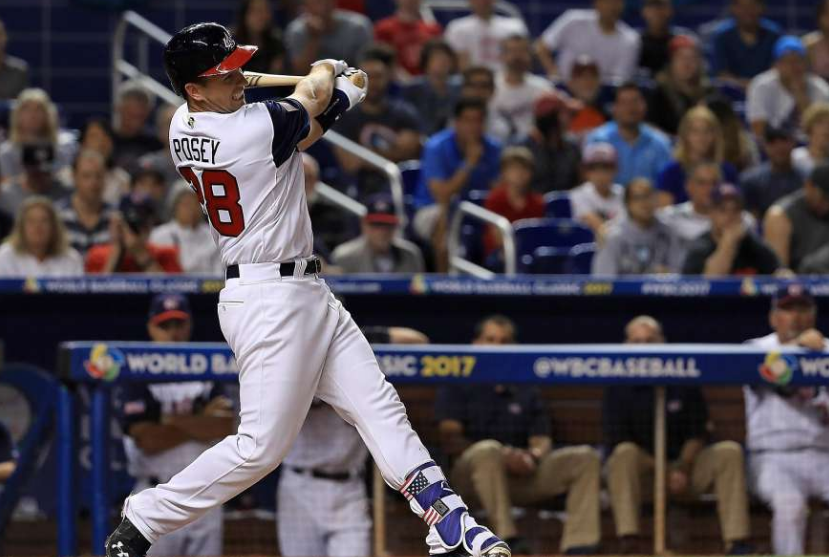 The Giants made cuts to their roster this weekend with Clayton Blackburn, Joan Gregorio and Chris Stratton being assigned to Triple-A Sacramento. Sam Coonrod, Matt Reynolds and Kyle Blanks were sent to Minor League Camp, presumably with fresh lunches and a juice box.

Buster Posey hit a majestic home run in Miami as Team USA edged Team Canada 8-0 to advanced to the second round of the tournament. Brandon Crawford had an excellent weekend as well for the Americans. The Giants represented very well.

Interestingly, the Giants did not cut Kyle Crick or Tyler Beede. Bochy is giving these two young hard-throwing right-handed starters an especially long look. Beede is my pick for dark horse addition to the rotation this season. There is a nice article by Hank Schulman on why the Giants still believe in Kyle Crick, the former first round draft pick.

Reyes Moronta, a 24 year-old righty reliever made his Cactus League debut on Saturday and pitched effectively. The big youngster may advance quickly through the ranks with his explosive fastball, according to Giants sources…

Today, our boys play the Rangers at 6:05 PM in Surprise, Arizona.