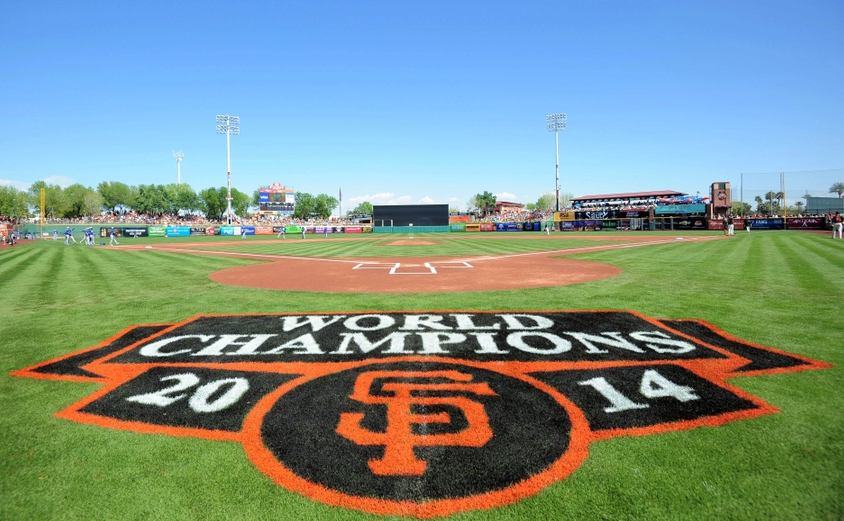 The first day of Spring Training is like the first day of school: Your clothes are new and fresh, your sneakers squeeky clean, your schoolbox new and full of pencils freshly-sharpened, your optimism is at its peak, and you might be a tad nervous about your new teammates. For Giants fans, I have heard it said that this season is kind of a must-win-the-World Series one. With Johnny Cueto likely to opt out after the end of 2017 and many Giants heart and soul core players (Buster, Craw, Pence and MadBum) approaching 30 or moving beyond it, the time is now to win. I see the logic behind this argument as much as I want to reject it.

I believe Bruce Bochy will have one of the most talented and dedicated rosters in Major League Baseball. Nobody knows how the season will play out. Between injuries and disappointments, there are a bazillion ways for a team to lose its way by October. Let’s forget all that for now and stay on the optimism path. Going into Spring Training this season I have identified five key questions the Giants will have to consider.

Who Will Be the Fifth Starter?

With recent comments made by Bob Evans about Matt Cain still in the mix for the fifth starter my immediate response was “rurhggh”. But on second thought, what do we expect him to say? The GM can’t simply give the job to Ty Blach just because he had two great starts. The young left-hander will have to earn his way into the rotation. My worry is that Matt Cain will be the default choice instead of keeping this slot open as a full on competition. That’s the distinction for us fans to worry about.

Who Will Start in Left Field?

We’ve debated this to death since last October. Please, please, please, Bruce Bochy play Mac Williamson. Unless Mac stinks up the diamond, I believe the Giants should anoint him the starter early on to build his confidence. We shall see. Maybe Michael Morse will find solid health and his home run stroke? Maybe Jarret Parker will hit the cover off the ball for six weeks????

How Will the New Bullpen Line Up?

With the acquisition of Mark Melancon establishing the closer role for the foreseeable future, the question remains: what will the other roles be for pitchers like Will Smith, Hunter Strickland and Derek Law? The answer may depend on Law’s health and how well players like Josh Osich and Cory Gearrin perform in the Spring. If Giants can shorten their games for their formidable starting rotation, they could end up with a Divisional Title and more.

How Will Eduardo Nunez Fare at Third Base?

The Nunez era at third begins in earnest at the start of this season. Last year, after an auspicious start to his career as a Giant, Nunez was injured and missed the postseason. It felt like starting a new relationship with that special girl only to have to put it on hold after she gets mono and is out for a month. Your appetite was whetted but you still have a lot of nervous questions going forward..

Will Anyone Ever Hit 30 Homers and Drive in 100 Runs for the Giants Again?

Call me an old-school retrograde or whatever (I’ve been called much worse) but there is something to be said for the Giants needing a little bit of power to balance their on base singles and doubles approach to hitting. They don’t have enough team speed for such an approach in my opinion and in last season’s second half debacle the lack of power was a major issue, succeeded in severity only by the bullpen’s implosion.

Pitchers and Catchers are here!