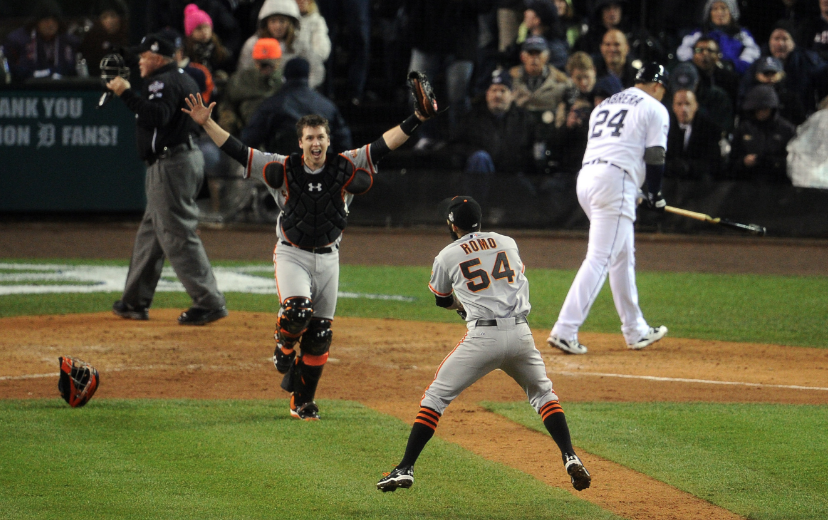 As much as we hate to admit it, Sergio Romo signing with the Dodgers is a move that makes sense for both teams. The one year deal valued at $3 million with incentives was evidently lower than other offers the former Giant received. But since Romo grew up a Dodgers fan during his childhood spent mostly in the Los Angeles area, he took less money to be closer to home. You don’t see athletes taking the smaller contract very often in today’s sporting world. But Sergio Romo is not your typical athlete.

With his slight build, his shoe polish black beard and his outwardly visible emotional demeanor, Romo was a unique ballplayer and one any fan could get behind. You have to believe the Dodgers signed him in part as a giant thumb in the eye to their rivals up North. Whatever the motivation, whatever the situation, I will always wish Romo well, except when he plays against the Giants.

Let’s forget his last appearance in that awful game we are all trying to wipe clean from our memories. Let’s remember his amazing run of effectiveness, his cojones of steel in 2012 facing Miguel Cabrera, and his overall joyfulness when he stepped onto the baseball field.

This battle with Jay Bruce with one out in the 9th in Game 5 of the 2012 NLDS was one of the epic moments in Giants history. For my money, it was one of the most excruciating, dramatic, and stomach-turning at-bats I have ever witnessed. It may have been the biggest at-bat of the Giants postseason that year. Watch it carefully. Bruce missed a couple of hittable pitches because Posey and Romo kept him concerned with the outside corner, Occasionally, Romo would try an inside corner fastball to surprise him. He did not get the call on the second-to-last pitch. On the final pitch, Bruce was just late on a pitch pretty much right down Market St. It’s possible the psychological and physical fatigue of that at-bat slowed him down just enough to fly out. It was an amazing moment.

Sergio Romo was a great Giant, one who in many ways embodied the humility and quiet excellence of the team in 2010, 2012 and 2014. There is no need to recount the story of his surprise emergence from middle innings reliever to set up man to closer, all in the span of one season. Sergio Romo was the immmigrant’s working man’s hero. He was a colorful and exceptionally effective reliever who recorded some of the biggest outs in Giants history. He will always be special to Giants fans everywhere and I wish him well.