How Are The Veteran Signees Doing So Far in Spring Training? 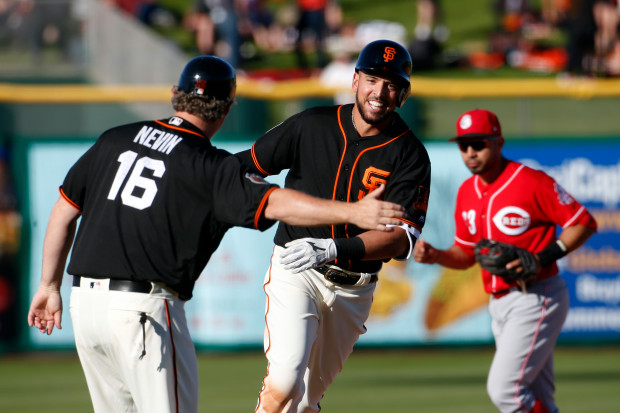 The Giants beat Team Puerto Rico in dramatic fashion yesterday with a walkoff  2-run homer by Chris Marrero, a former first round draft pick (by the Walgreens) who is still on the good side of 30 even though he was drafted 9 years ago. This offseason, apart from the excellent acquisition of Mark Melancon in free agency, the Giants seemed a little too fetishy with those once great, but now nobody wants you types like Jimmy Rollins and Aaron Hill. Even more inexplicable is the acquisition of players who were never great, never even much good, and way past their “best buy” date.

Let’s see how things are playing out so far. Michael Morse was 3-for-14 going into Wednesday’s game, in which he homered. Justin Ruggiano, the former Marlins outfielder, was 1-for-15. The famous Jimmy Rollins was 2-for-14 and potential backup catcher Tim Federowicz is 0-for-8. Infielder Gordon Beckham is a cool 4-for-13. Aaron Hill is 5-for-15 in the Cactus League and has shown some versatility in the infield.

That’s my summation so far. More interestingly is the rise of Chris Marrero. The unheralded outfielder looks like the second coming of Henry Aaron so far. His consistency represents an interesting conundrum for Bochy and CO. If Marrero makes the big league team the Giants may elect to have Mac Williamson start the season in Sacramento, dashing my hopes and those of Lefty for Mac’s emergence into a true star…