Now Playing Center Field for the Giants in 2018: Steven Duggar 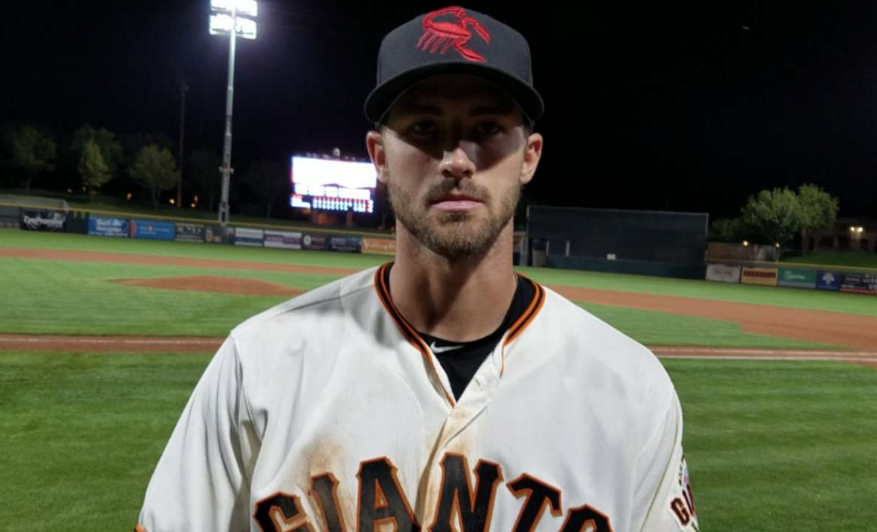 There are lots of rumors out there about the next big Giants acquisition. They include Juan Lagares, Jackie Bradley Jr., and Lorenzo Cain. I am all for Bradley Jr. provided the Giants don’t lose a member of the 25 man roster and don’t give up Heliot Ramos. There are so many permutations and gambles and each of the above players mentioned is a very good to great center fielder. The question is simple: at what cost do the Giants acquire one of these players?

It appears that Bobby Evans is intent on having it three ways: acquiring talent to help the team win now by keep the payroll under the luxury tax and not mortgaging the future by giving up the organization’s best prospects.

In the Denard Span of one week Mr. Evans and Co. unloaded dead weight in Denard and Matty Mo, acquired Evan Longoria and did not give up either Heliot Ramos or Tyler Beede. Only a curmudgeon like The Oracle could rain on the parade of these very good moves.

There has been a great deal of talk about Steven Duggar playing great defense and the comp is Brandon Crawford in 2011. Lefty had a great exchange on Twitter with one of the Giants beat writers who agreed with this possibility. Right now, I think the best move the Giants could make is to start Duggar in center on opening day. Just throw him out there and tell him the job is his. If he cannot maintain Major League-caliber play then there are fall back options because this year’s free agent class is not exactly signing up with hot deals. It is a buyer’s market and this could benefit the Giants greatly.

I believe 2018 is the year that will define the Giants for ten seasons and determine the future of Bruce Bochy and Bobby Evans. The stakes are very high.