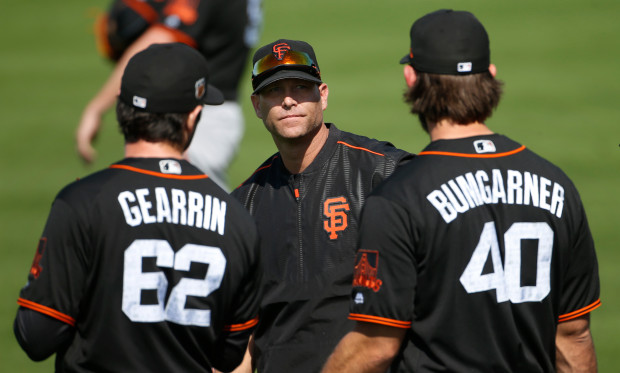 By golly folks, Spring Training and baseball are really here in earnest! The first exhibition game is slated today at 12:05 Willie Mays Field Time. This is the game thread. Lots to discuss, from the Giants paying off their mortgage in full at Willie Mays Field to the “problems” with baseball and the commissioner’s strange approach to addressing them….

Wait! Where’s Buster? My guess he is getting some time off with maybe an at bat later in the game.

Madison Bumgarner will start and pitch a grand total of one inning. Clayton Blackburn, Steven Okert, Derek Law, and Cory Gearrin are the other pitchers announced to appear in the game.