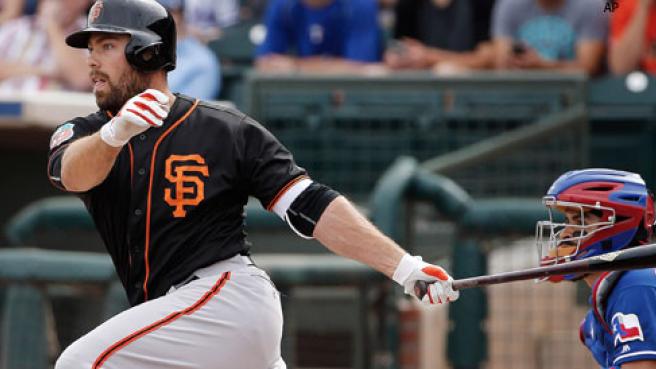 The Giants made some more cuts to their Spring Training collection yesterday. Pitchers Kyle Crick, Chase Johnson, Ian Gardeck, Reyes Moronta, and Dan Slania, as well as infielder Miguel Gomez were optioned to minor league camp. Outfielders Wynton Bernard, Austin Slater, and Steven Duggar, catchers Aramis Garcia and Matt Winn, and infielder Ryder Jones were all reassigned. My tally indicates a total of 48 players still in the Big League camp but I could be wrong. I had a late lunch and I’m sleepy.

Interestingly enough, Alberto Suarez will start today’s game against the Indians. Suarez is almost a forgotten man in the current talk of a fifth starter but he pitched capably last season and he is one of the fringe pitchers on the roster… His value as a spot starter and long man means he has more versatility than say, Cory Gearrin, who has not had a lights out Spring so far.

Here is a list of all those optioned or re-assigned so far:

Re-Assignment is the term used for those not on the 40-person roster.