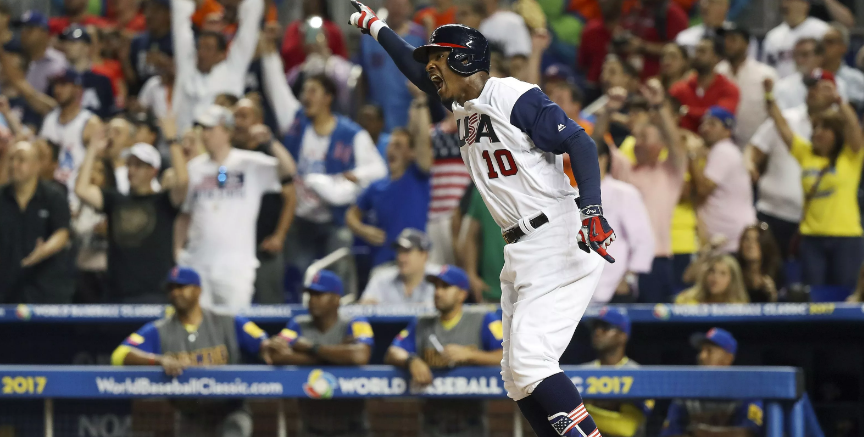 In an exciting debut game from Team USA, the host country defeated Colombia in a pitcher’s duel, 3-2 in ten innings behind Adam Jones’s walk-off single. Buster Posey, aka Captain America, was 0-4 while Brandon Crawford was 1-3 with a walk and a run scored. The Americans take on the Dominican Republic in an epic contest of powerhouse line ups tonight in Miami.

In other news, the Giants lost to the Indians 7-6 in Spring Training.