The Giants Invited Some Interesting Non-Roster Players to Spring Training 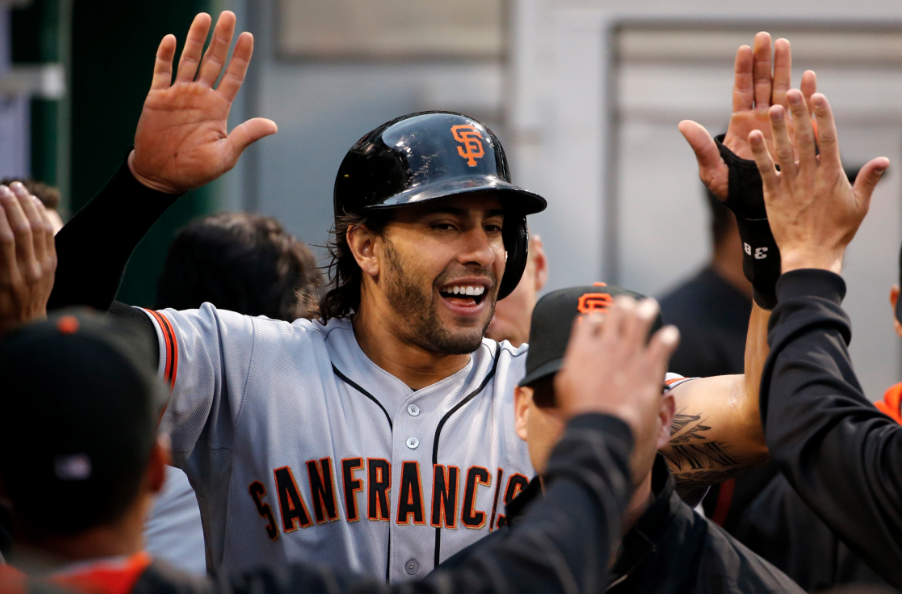 Nothing beats Spring Training for a sense of optimism among fans. Imagine being a ballplayer on the cusp of making the roster for an MLB team. Spring Training is no simple joyride to get in shape. It can determine the future of your life. Just ask Andres Torres, Gregor Blanco and Guillermo Mota. These three players made the big league club as non-roster invitees. A non-roster invitee is basically being given a long shot to make the team but is guaranteed nothing. In this year’s version, players who have already experienced glory in their careers are being granted another chance by the Giants. They include Jimmy Rollins, Justin Ruggiano, Matt Reynolds,  and Michael Morse.

We read the names and think of their greatness, their moments of baseball brilliance, and hope they have something else left in their aging bodies and minds. The Giants sure would love to find a diamond in Michael Morse, for example. Is he capable of staying healthy and hitting  homers on a consistent basis against Major League pitching? The Pirates and the Marlins didn’t think so. They both cut him. We shall see.

Another interesting invitee to Spring Training, Jae-gyun Hwang, will attempt to display the same long-ball potential he showed in South Korea. The third baseman represents a fascinating signing by the Giants considering they have Christian Arroyo waiting in the wings and are already rich in reserve infielders with the likes of Conor Gillaspie, Orlando Calixte and Kelby Tomlinson already on the 40 man roster.  Throw in the possibility of Jimmy Rollins making the team and the infield gets competitive.

I love Spring Training as much for discovering young players as for watching stars like Buster and Madbum. This year the Giants invited young pitchers Tyler Beede, San Coonrod and Joan Gregorio. I look forward to imagining them winning future World Series.