What Should We Make of the Slade Heathcott Acquisition? 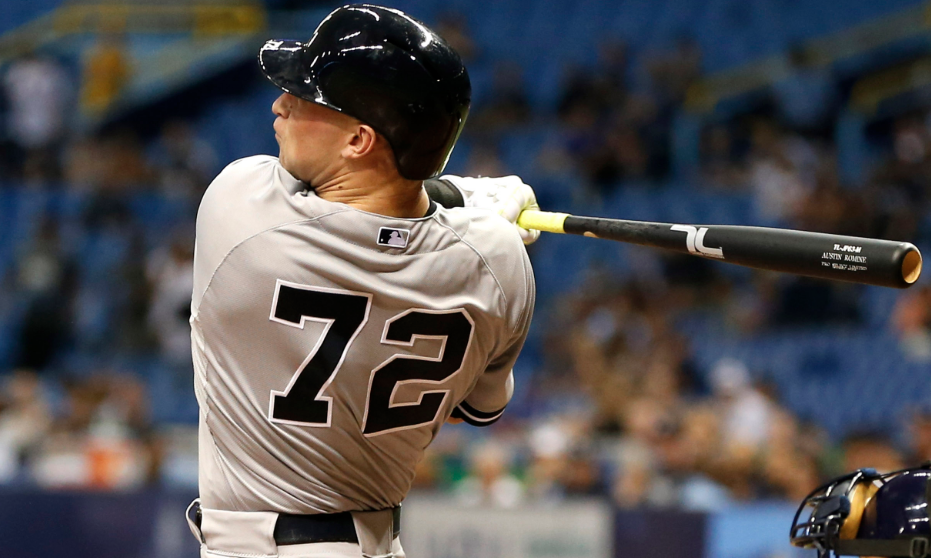 I like this move. If for no other reason, the acquisition of Slade Heathcott tantalizes my imagination because of his relatively young age (26) and his raw athletic potential. He’s got some power. He’s got speed and he’s got an above average arm. He just might be that low-cost diamond in the rough outfielder who finds a roster spot on the big team and contributes. Heathcott is something of an enigma. The former Yankees first round pick has had a mostly down, albeit very abbreviated Major League career. His career average at .400 after 59 plate appearances doesn’t tell you much.

He is rated highly by many scouts but because of a history of injuries and a past struggle with alcohol abuse. The Giants are searching high and low for outfield depth and skill. It is obvious to anyone who watched the outfield rifle in soft noodles and 1000 bounce tosses last season that something has to be done to upgrade left field and center field defense, particularly later in ballgames.

Slade Heathcott was acquired as a kind of last-chance gasp at a low cost upgrade by Bobby Evans. Since Heathcott bats and throws from the left side, it is likely that Gorkys Hernandez has the inside track on the 4th outfield position. Hernandez filled in admirably in spot starts last year when Denard Span needed some rest and missed games with minor ailments.

Still, I like the move because there is something potentially in Heathcott’s career that seems un-tapped, with plenty of ammo still in the chamber.

Jarret Parker seems to be the Giants player who can’t get any love or respect. This latest acquisition is a not-s0-subtle message that says: “Take nothing for granted” to the likes of Parker and perhaps even Williamson. It remains to be seen how the left field position will play out and whether or not the Giants may decide to trade chips like Christian Arroyo and Tyler Beede for a high level outfielder or outfield prospect.