Who is Jae Gyun Hwang and Why Are the Giants Interested in Him? 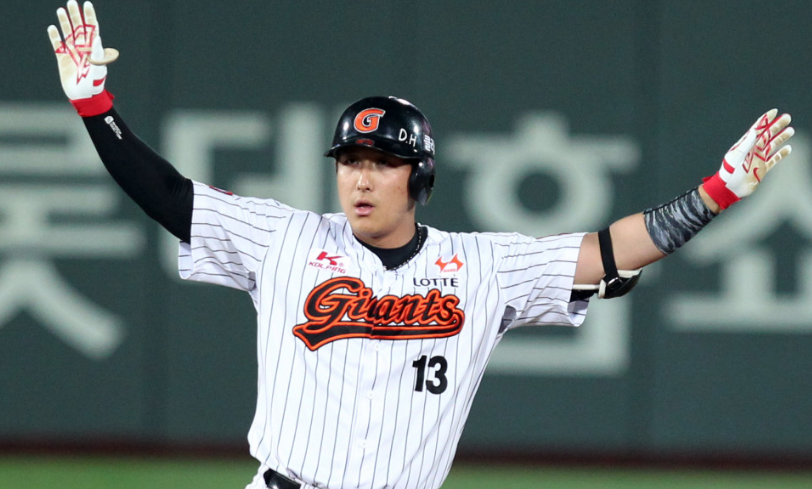 Few things bore me more than empty baseball hot stove rumors. If you are paying attention, you will notice I rarely write about every so-called “rumor” regarding baseball trades, free agent signings and other potential additions/subtractions to the Giants during the offseason. I find most of these “stories” dull and I see them as transparent news filler. I would rather write about Travis Ishikawa’s home run or why Barry Bonds and Jeff Kent belong in the Hall of Fame.

The recent news about the Giants being “interested in” (whatever that means! I am interested in many things, from Emily Blunt to Dodge Challengers but you don’t see my writing about them do you?!) Jae Gyun Hwang piques my curiosity because of the success the Pirates have had with Jung Ho Kang. The Korean Hwang is a true power hitter and someone who might become the Giants third baseman immediately. This theory adds further fuel to my theory that the Giants are cooking up a trade that would involve moving Eduardo Nunez.

The Hwang story is gaining steam and appears to be more than tire-kicking on the part of Bobby Evans. One other reason I am intrigued is that this appears to be an outside-the-box type of move for the Giants. They have not been very active in the foreign market the past few years (with the exception of the Lucius Fox signing).

Hwang, who is already 29 and unproven in the Major Leagues represents a bit of a risk factor for a team even though he has demonstrated considerable and consistent power the past 5 years of his career. I think the success of Kang in Pittsburgh has upped the attention factor for Korean players in much the same way Hideo Nomo put his stamp on the concept of signing Japanese players in the mid 1990s.

We shall see where this goes. In the meantime, if nothing else, it’s fun to theorize about what the Giants are working on regarding their infield when their biggest need is their outfield.