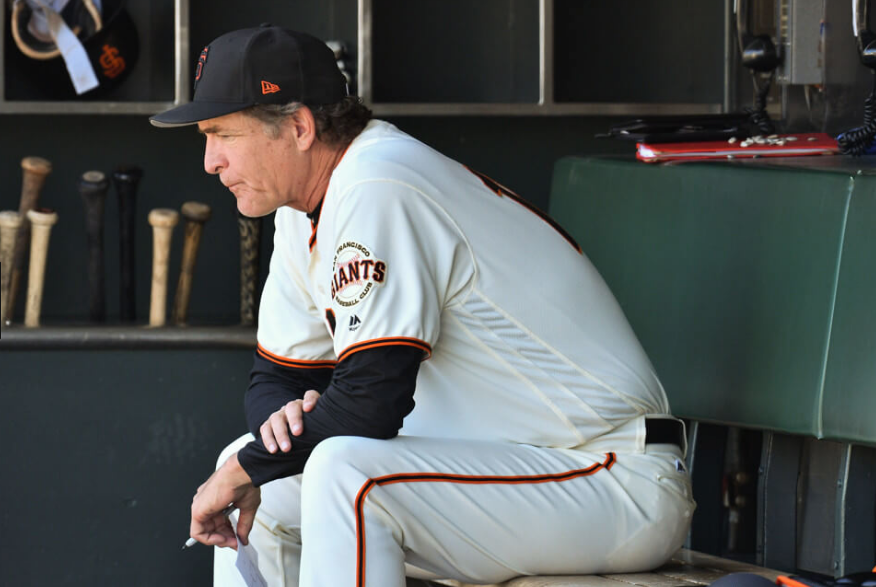 The World Series starts tonight and I don’t care how old you are, how disappointed Giants fans are and how annoyed one may feel about the Dodgers being the National League pennant winner, by God this is still an exciting time. The World Series this year pits two teams with 100 plus wins during the regular season for the first time in 47 years! If that doesn’t excite you nothing will.

I hate to say it folks but this is the Dodgers’ year and here is my prediction: Los Angeles in 5. I predict the talented but mostly inexperienced Houston team will be overcome by the sheer momentum of the Dodger line up and the moment. The Dodgers are playing with an edge and fury. They also have the best bullpen of the two teams and home field advantage.

A Possible Silver Lining for the Giants

If one good thing will result from a Dodger win for the Giants it will be the sense that it’s a new era and the Giants can no longer afford to be complacent or find comfort in the Dodgers postseason failures. If the Dodgers are crowned 2017 champions then this means the San Francisco organization should have a new perspective on the urgency of getting back to the World Series and accept that they need to make major changes to do so. The Dodger blueprint is pretty good: build an awesome farm system with solid drafting, some edgy foreign signings and great mid-talent level pick ups you groom into stud players. For years the Giants fans could laugh at the Dodger failures and feel superior because the Giants spent less winning bags full of World Series titles and printing bags full of money.

That is no longer the case. The Giants will have to wake from their delusional and complacent slumber…

The Dave Righetti Affair and the Giants Coaching Shuffles

All of which brings me to the re-assignment of beloved pitching coach Dave Righetti and other coaches (Mark Gardner, etc.). The announcement of these moves was precipitated by an unhappy leaker, a bad sign for our proud organization. Worse still were Bobby Evans’s mealy-mouth comments. You would think a man who reaches the level of GM would be able to at least think on the fly and have a standard diplomatic and articulate response even when caught off-guard.

Yesterday I posted this in reference to the Righetti Affair:

1. Think about the sequence of events and ask yourself if all the changes to the staff are complete.
2. Ask yourself if you have the whole story. The answer: no you don’t.
There are a 1001 reasons why Righetti might have been fired. Make no mistake, it was a firing and the lateral move was simply public relations or an attempt to prevent another team from hiring him away.

I am not stating equivocally any of the above happened, only that they are possibilities. Personally, I don’t think Evans’s statement is worth a pile of Willie Mays Field dirt. I think there was some internal strife. I think Bochy is going to be given a front office job too and the whole staff will be re-made with a new young manager who will not have absolute authority over his coaching staff selection. This is a new trend in the front office to hire young guns to manage with little sway or power and to transfer far more power to the front office: See Houston, Detroit with Ausmus, Cardinals with Matheny, etc.

This story got out because of a leak and that is a bad sign of discontent in the organization. The whole picture is not yet painted.

I neglected to mention in my list and in my description that other coaches were shellacked as well, which kind of puts the Righetti move into context. Make no mistake, this was a firing and the new roles are simply Publicity moves. It’s not working and the Giants are looking pretty weak right now. In light of all the coaching and staff changes, there are many questions to consider:

I don’t think we have the whole picture yet and I would not be surprised if the Giants skipper is on his way out as well.

Personally, as a diehard Giants fan like all of you, what worries me most is the fact that the Giants ownership has no leadership and no visible spokesperson that is holding the team accountable for 1.5 years of being the worst team in baseball with one of the highest payrolls. This simply cannot be acceptable and nobody, other than Brian Sabean, ironically, has ever voiced this obvious notion publicly.

Finally, let me say that so far, these coaching changes appear to be half-hearted attempts at change for its own sake. In fact Evans said just that! One should never ever ever ever make changes for their own sake! That’s just stupid. If you are running a Major League Baseball team that’s downright insane! Changes, particularly major ones like removing your pitching coach, should be born of the fruit of careful consideration, research and the belief that they are best for your organization or team moving forward. Change can always lead to worse results if you are not careful.

As I said yesterday in my above post. My sense is Bochy will not manage the team in 2018. I believe the number 1 issue with the Giants ownership, brass and players is complacency. They are simply too comfortable from all those rings, the big contracts and the familiarity of Bruce Bochy’s loyal to a fault managing philosophy. In a way the Giants are victims of their own success.

Next season may well be the most important year for the future of the franchise in the next decade or so. I believe it is World Series or bust for the likes of Bochy (assuming he returns and is not ousted), Evans, and Sabean.

My potentials for nicknames for this World Series:
1. The Global Warming Series
2. The Analytics Series
3. The Border Wall Series
4. The National League World Series
5. The El Nino Series