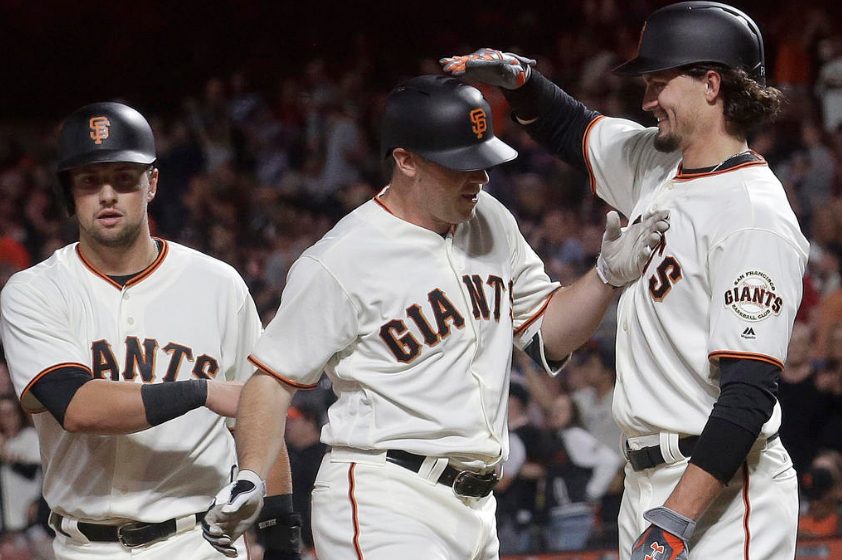 Taking a page out of the Hunter Pence “bail and wail” hitting book, Ty Blach hit a mammoth homer – a three-run blast, his first in the Major Leagues, and pitched the Giants to a groovy 11-2 win over the Athletics. The victory gave the Giants a split in the Bay Bridge Series.

Ty Blach is a strong man. His homer even got a smile, or maybe a smirk, from Bruce Bochy.

At least for one game, the young blood proved to be an infusion of power, speed, and offense for the Giants.