Forever Giant: A Happy Ryan Vogelsong Day Ends With a Victory Over Arizona 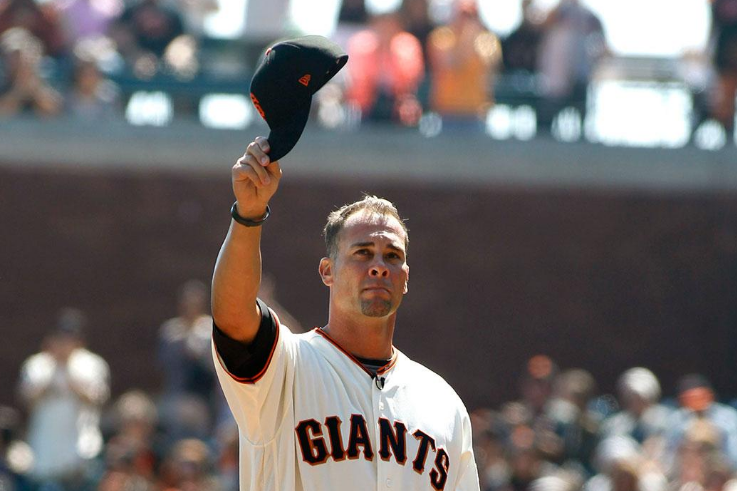 Oh what a happy day: The Giants honored Ryan Vogelsong and then won in impressive fashion, beating the Diamondbacks 7-2 behind another strong game by Chris Stratton and a home run by the Panda from the right side of the plate.

Let’s talk about Vogelsong for a moment. As Dr. Lefty elucidated in another fine post, Ryan Vogelsong was one of those athletes who was more than the sum of his parts and whose story is worthy of a major motion picture, only, if you wrote the script producers would laugh at you because of the ridiculously happy ending!

I will give you my perspective, a very personal one and a sign of the impact Vogeltron has had on people he has never even met. Game 3. of the 2012 NLDS vs the Reds, as Lefty mentioned, was a sweep in the making. After losing the first two games at home the Giants were in a bad way. They looked lifeless, played poor ball and were hit hard by the powerful Reds. For game 3 in Cincinnati the Giants were facing Homer Bailey, who was basically unhittable that year. Things looked bad for our boys. Vogey went out and pitched a great game however, by allowing only one run in 5 innings. The bullpen saved the day and the Giants squeezed a run home in the top of the tenth to find new life and you know the rest of that amazing story.

I remember watching the game with my mom and we both applauded with joy at the Giants very improbable win. That game gave us a new kind of optimism for the rest of the postseason and it was a special moment we shared together as she struggles with her chronic depression.

There are many other great moments in his career and somebody, maybe Cameron Crowe or Michael Mann needs to make the Ryan Vogelsong film. It was very moving to see the love and gratitude the fans displayed yesterday. Extra special was the inning Vogelsong, his family and Mr. Baer all visited the broadcast booth and talked about the day and their mutual respect in a very pleasant exchange with Kruk and Kuip. Of note was Vogelsong remembering how well the Giants staff, in particular Bochy, Tidrow, Gardner and Righetti all treated him from day one when he was a rookie. He said it was a big factor in his loving the Giants and building loyalty to the team and the city.

That the Giants won made the day a little extra special and worthy of the man they honored.

Ryan Vogelsong is a living, breathing reason you never give up, you never quit on your dreams and you always believe in yourself.