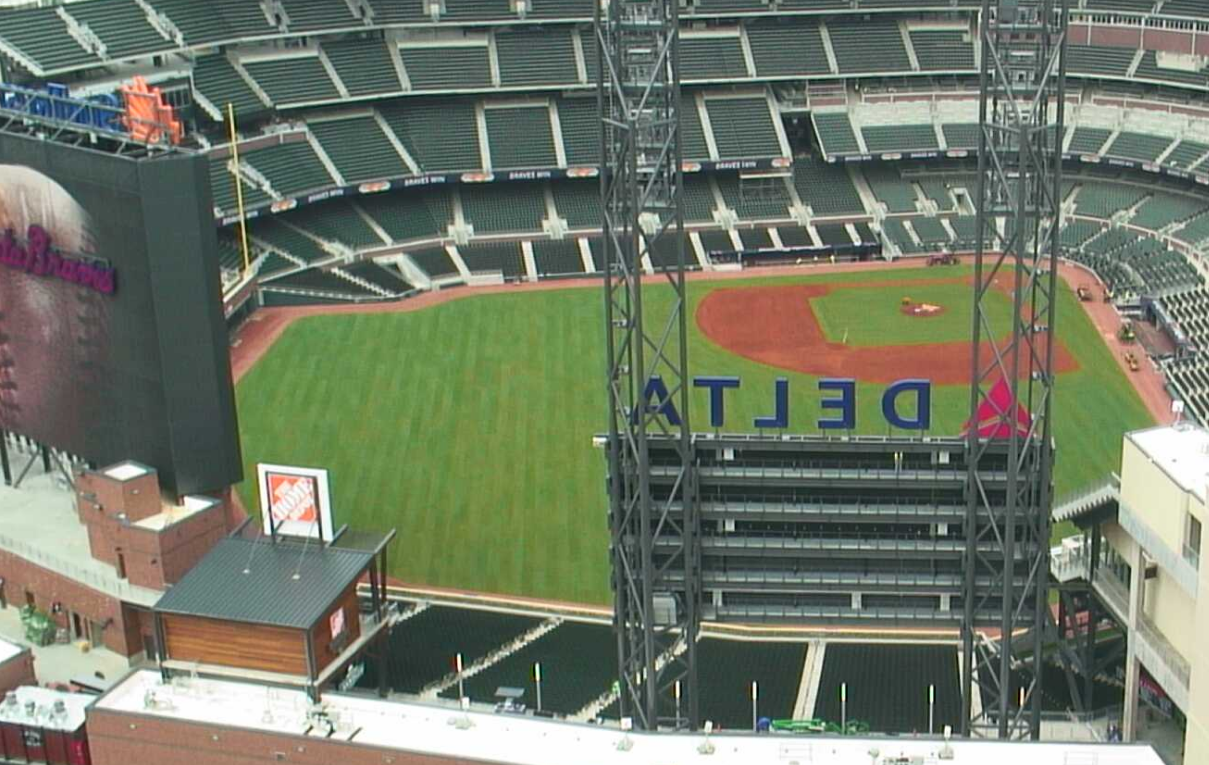 The Giants will play the Braves tonight (weather permitting) for the first time in a shine new suburban stadium in Atlanta. The move from Olympic Stadium in downtown Atlanta is fraught with racism, greed, and white paranoia, the reluctance to develop an African American neighborhood, not to mention many other factors you can read about here, here, and here.

As someone who has been to a game in Turner Field I can tell you from firsthand experience it was a delightful park and part of the soul of the city of Atlanta. The new park is located in Cobb County conveniently far enough away from the spectre of “urban decay” and in close proximity to all the highways leading to and from suburban wealth. The Braves never got the memo about urban redevelopment and how baseball parks are a key part of it.