Giants Back In Thick of Pennant Race With Thrilling Ten Inning Win Over Cleveland, 2-1 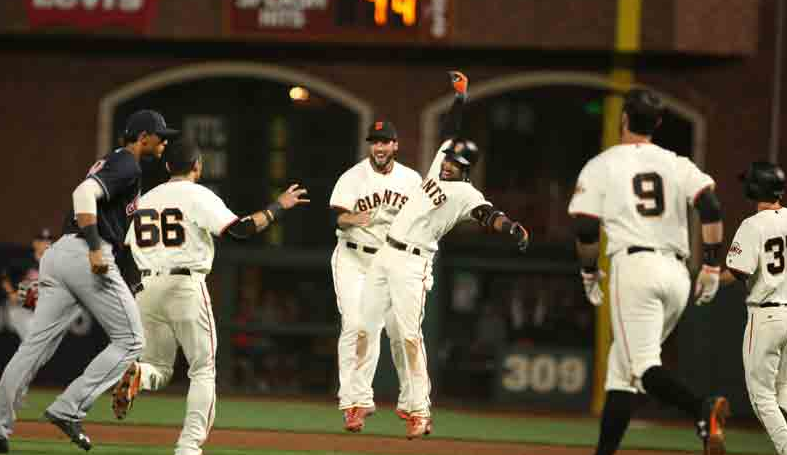 Please indulge me. I like imagining that last night’s walk-off 2-1 victory was a thrilling chapter in a successful season where the games in July still matter.

Conor Gillaspie started the winning rally with a pinch-hit double. Kelby Tomlinson, pinch-running for Conor, scored on a single through a drawn-in infield by Eduardo Nunez. Ty Blach was excellent. So was Sam Dyson.

The Giants still did not hit much but beggars can’t be choosers when it comes to the San Francisco offense in 2017.

This was a victory aided by the home field advantage. The Indians looked like an American League team that never saw a bunt before, botching Denard Span’s sacrifice attempt so perfectly that their infield looked like they were in the middle of a contemporary dance piece with the baseball playing the role of the Evil Stepmom addicted to Prozac.