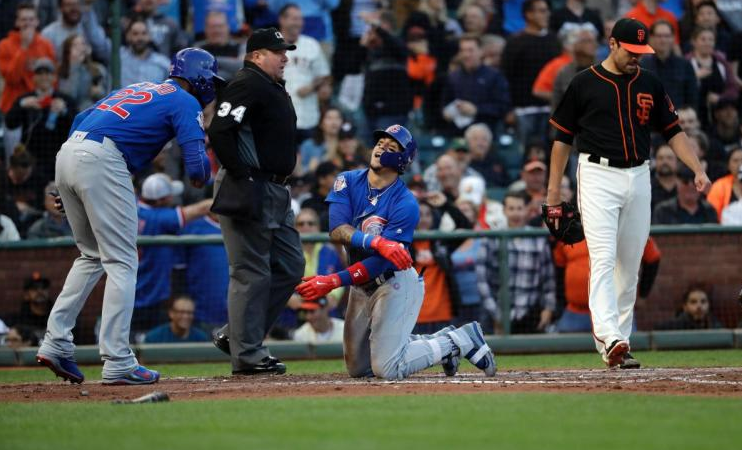 I have always been intrigued by the word “standard”. In grad school I had a friend who started The Standard Robot Company. Standards are benchmarks, norms, and markers. Last night’s 5-3 defeat by the Cubs was kind of standard:

There were some thrills and chills however. Ryder Jones hit is first dinger in the Majors and Javier Baez hit an inside-the-park homer that was anything but standard. The ball Baez hit was a booming drive that caromed strangely off the corner of the wall in Triples Alley. Carlos Moncrief had to do an about face and sprint 100 yards to retrieve the ball. His spectacular throw made the play close and gave the Giants fans something to think about.

The Cubs are simply better in every facet of baseball than our beloved San Franciscans are.

Watching the game I felt much like Gloria Swanson in Sunset Boulevard, thinking that Cubs glory could have been mine, reflecting on the good old days that are long gone, the glory years behind the Giants like a lost Tech stock, sinking in the horizon of dissipating fantasies, muttering to myself about what I could have had…

Memories can be cruel.