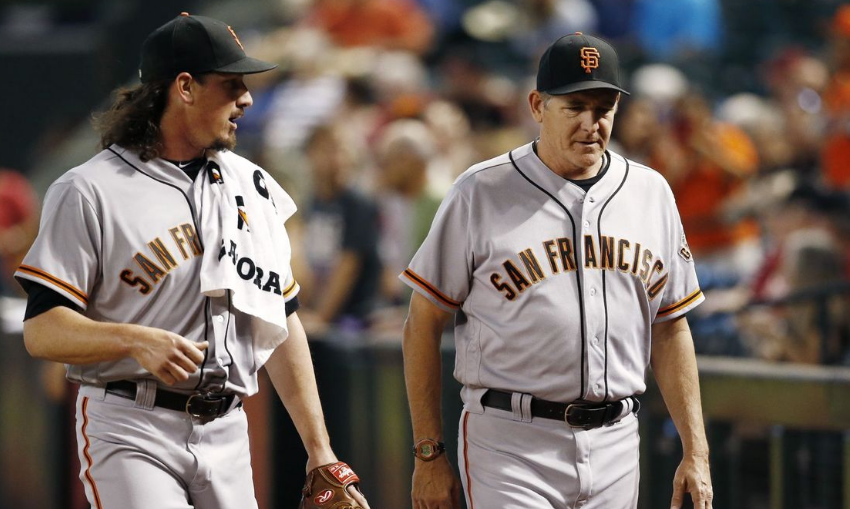 The Giants lost in excruciating fashion yesterday in Arizona. That was the final road game of this awful season. You might recall the opening day loss, also a road game, also in Phoenix, also an excruciating loss to the Dbacks…

It was a bookend, almost poetic in its symmetry of blown saves and agony.

Jeff Smardzija pitched very well again and was deprived of another win, again…

This is a type of agony only baseball can provide. I have better things to do than recap the game but I want to mention Matt Cain’s announcement that he is retiring after this season. He will get one more start as a Giant on Saturday. I will write more about the horse later. For now, let’s think of this question: Who could have imagined that after all of Matt Cain’s glory and heroics, his final start in the Major Leagues may be the best chance the Giants have of avoiding 100 losses in a season for the first time since 1985?

I don’t know whether to laugh or cry.