Giants Fall In Another Heart-Breaker at the Hands of the Braves in 11 Innings, 6-3 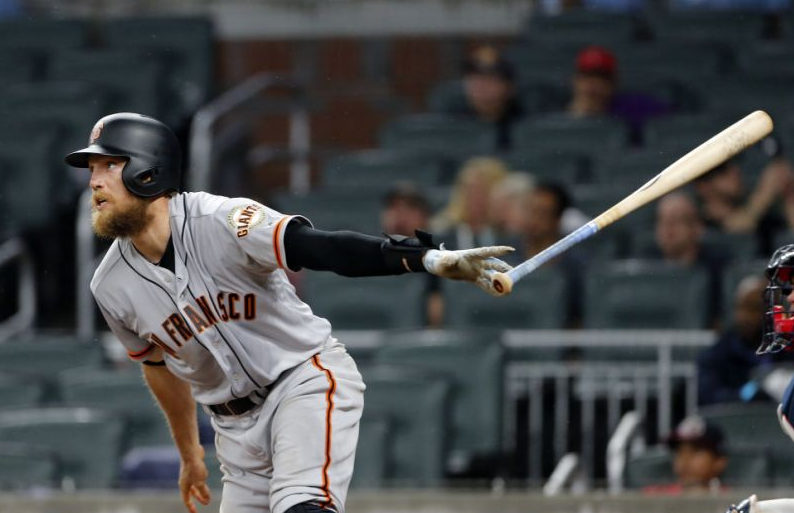 Jeff Samardzija probably deserved better but when you pitch in a homer-happy park and you are prone to the long ball or a fly ball pitcher you are going to get burned in a place like Atlanta. Jeff Samardzija was brilliant until he wasn’t, giving up a two-run homer to Matt Adams and a wall-scraper off the top of the wall by Tyler Flowers.

Corey Gearrin was the unfortunate one, giving up a two run homer in the bottom of the 11th inning to Matt Kemp, the former dynamic Dodger who has found a new career as a slugger, putting his extra weight to good use. Gearrin’s fateful pitch was actually a very good one situated on the black of the outside corner and knee-high. But Kemp’s reach and muscle were the difference, undoing another heroic ninth inning homer by Hunter Pence that tied the game for the Giants.

This was a tough loss and Aaron Hill had a tough night, committing two errors at third and going 0-3 in a questionable move by Bruce Bochy. Why not play Kelby at third? Why, oh whay does Joe Panik get benched in favor of Aaron Hill? That should never, ever happen and moves like those are the ones that make me question our beloved manager’s sanity, or  judgement.