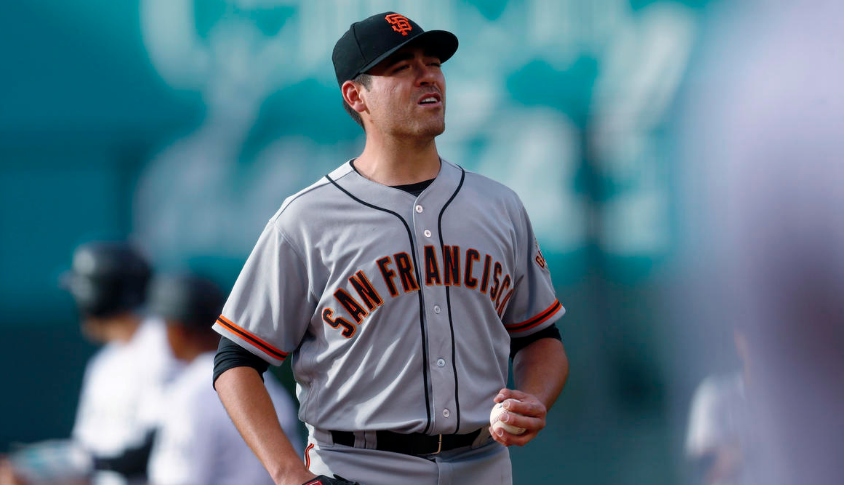 I don’t believe in moral victories so let’s get that cleared up right now. A loss is a loss. I do believe in unusual flavors, characteristics and personalities. Every baseball game has a unique set of properties that give it a level of interest for every viewer. While this season has transpired much like an epic Russian melodrama: long, slow decline into oblivion, basically existentialism washed down with the abject pain of too many vodka shots, last night’s game was more like a dissolute Michael Bay film: it might keep you watching even though you know it will end badly.

Oh, one more thing: Buster and Nuney (he gets the cute nickname now that he’s producing) both got hurt in the same inning.

Ty Blach pinch hit and drove in a run!

Matt Moore is pitching himself to AAA Sacramento or worse.

The season just keeps getting more and more painful, sadder and hopeless. I wish NBC Sports Bay Area would stop showing us Madbum pitching well and working his way back to a full recovery as if he were some Gary Cooper waiting in the wings to save us all from damnation.

Maybe he will. I wouldn’t put it past him.

I will say this: at the beginning of the season the Blue Jays and Royals had records worse than the Giants and they both had strong runs of late to get back into contention. It’s still possible for the Giants though less and less likely with every successive loss…

P.S.: I tried to get you a game preview yesterday but technical difficulties prevented it. We are still not 100% but we are getting there. Have no fear: Together We’re Giants is not going anywhere.