Giants Lose Battle of Starting Pitchers with 5.74 ERAs Despite Getting 5 Hits 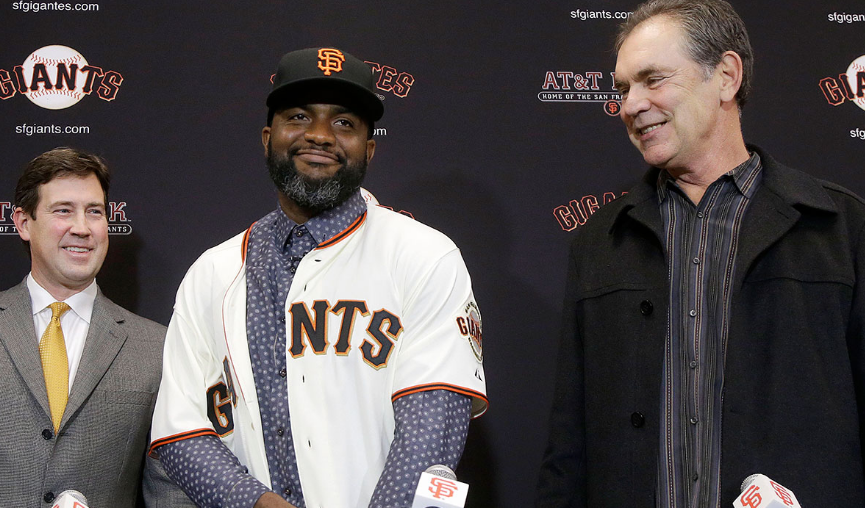 I am getting more than I bargained for publishing Together We’re Giants during this season.

Matt Moore and Daniel Gossett started last night’s game with matching 5.74 ERAs. Do you know how bad your team has to be to have a pitcher with an earned run average of nearly 6 runs per game and still give him a start in August?

These are bottom 6 pitchers in the NL who have pitched enough innings to qualify for the ERA and W-L stats:

Things keep getting worse for the Giants.

They may need to add Matt Moore to that list of players to be traded or whose salaries need to be be eaten. The Giants may be doing a lot of contract eating next season, enough to fatten up for the lean years ahead.

For the photo for today’s post I’m debating the google search:  “Matt Moore walking another batter who will come around to score.” or “Matt Moore giving up a home run to a weak hitter.” I can’t decide. So I went with “Denard Span San Francisco Giants”.

Oh, did I mention that the Giants have the worst outfield defense in the history of baseball?

This is from Baggarly’s article:

“The Giants entered Wednesday night with minus-44 defensive runs saved – dead last in the majors by an embarrassingly wide margin.”

You knew the Giants outfield was bad. The numbers still might stun you: https://t.co/U5ji8pBNV0

This does not bode well for the future, magical thinking or not.