Giants Send Dodgers to 11th Consecutive Defeat; Vogeltron Will Retire a Giant; for One Day Baseball is Fun Again 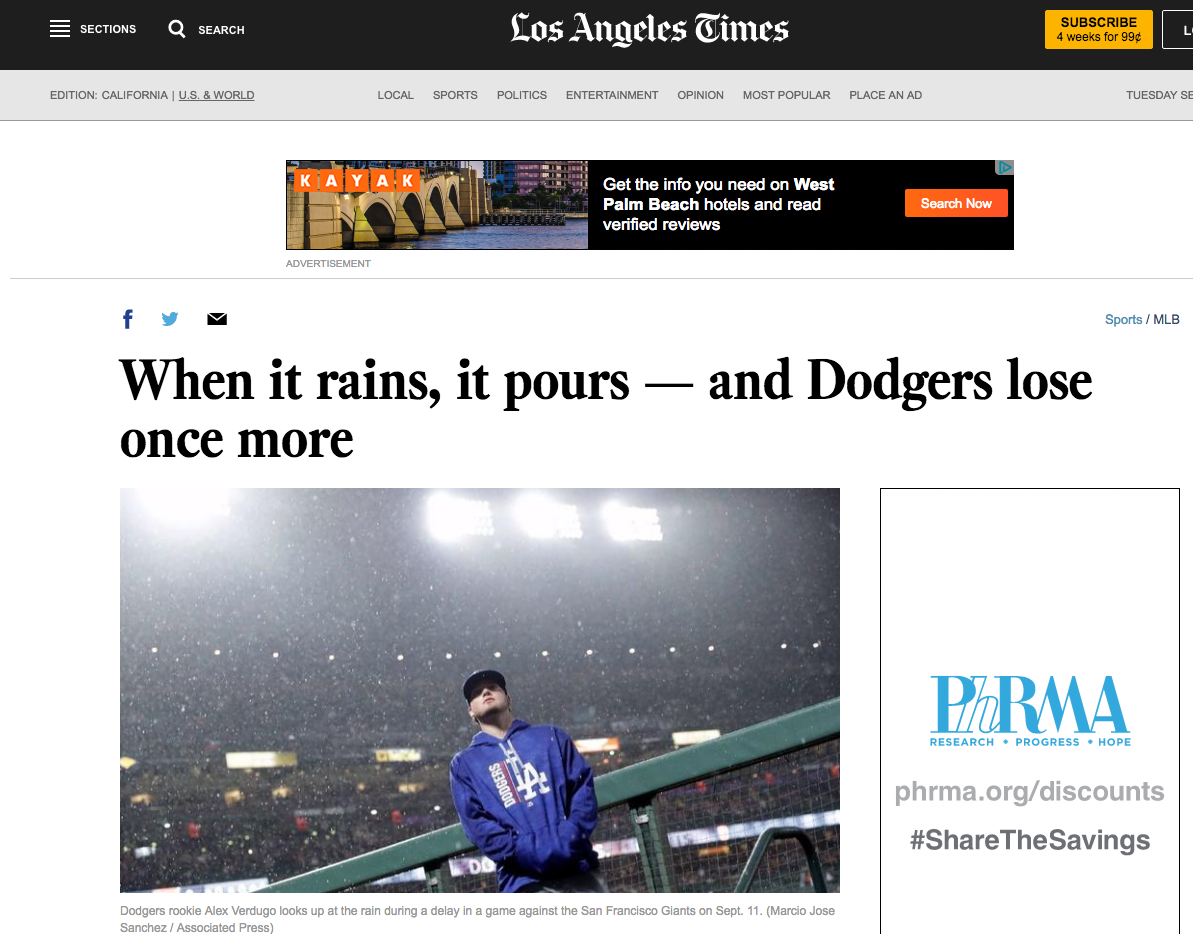 The Dodgers lost their 11th in a row courtesy of our boys from San Francisco. That’s a double win and should count for two games in the standings. Chris Stratton was scratched after two rain delays. The bullpen did their job and the offense, with Span, Pence and Posey made things personal and took matters into their own hands.

Ryan Vogelsong will retire as a Giant with an official entry in the 40-man roster.

Classy move Giants. There are rumors he will stay in the organization in some role, probably as Chief Psychological Officer.

I nearly got arrested last night for violating the county curfew on the way to driving to Surf Maui’s house for a night’s sleep in air conditioning. Here is a rundown of the exchange between me and the Sheriff’s deputy:

Sheriff Deputy (SD): What are you doing out and about? Where are you going?

Me: On my way to the San Francisco Giants South Florida Museum Branch for a night’s sleep in AC sir.

SD: Don’t you know there is a curfew? I could arrest you right now.

Me: I’ve never been arrested before. These aren’t the droids you’re looking for (waves hand calmly).

SD: Are you wearing a Giants World Series t-shirt? I’m a Dodger fan and I’m not particularly happy right now so that gives me two reasons to lock you up!

Me: (waving hand again, a little less calmly with some tremble) uh… In the name of Trevor Brown man, the museum is only a few miles away…..

SD: Get out of here.

Living without power in Florida is extremely difficult, particularly for the elderly. I’m sending them all my best. I hope TF62 is ok.