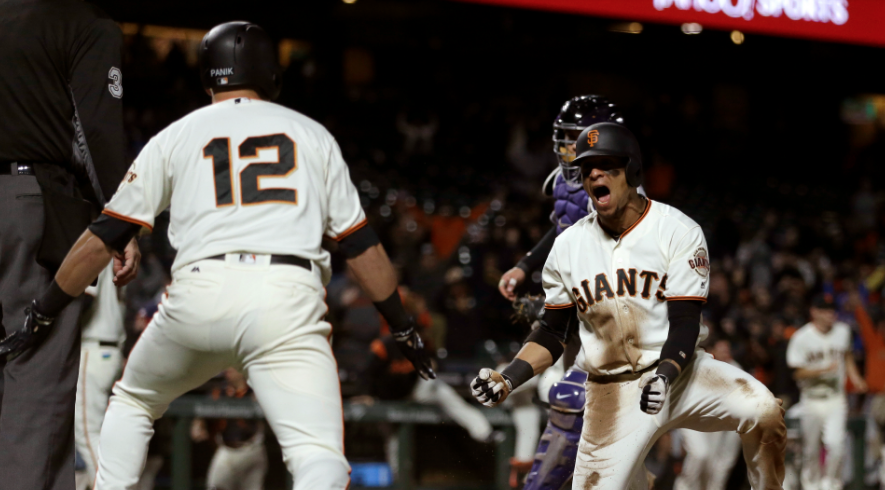 Just look at that photo! It tells you all you need to know. It’s what makes extra inning baseball so exciting, so dramatic, and so unlike any other sport, particularly when your team is the home team and they pull off a much-needed win.

DSpan is having a very good season and hurray for him. I was always a fan, even when he played for the Nationals. Yes, he has lost a step. No, he is not the same dynamic player he was five years ago. No, it was not a good contract in the grand scheme of things but you know what I get out of watching Denard Span play every day? I see a player who is a gamer. He plays hard, with passion and with a sense of purpose and pride that has a strong effect on his teammates.

There were many more heroes in last night’s game: Gorkys, Cain, Gearrin, Dyson, BCraw and Kelby.

This is the team we were all hoping we had at the start of the year.

Congratulations to my Florida Gators: The first SEC team to win National Championships in Baseball, Football and Basketball, joining Michigan, Ohio State, Cal, and Stanford as the only teams to accomplish this trifecta!