It Takes a Lot to Cry, It Takes Even More to Laugh Regarding the Giants and the 2017 Season 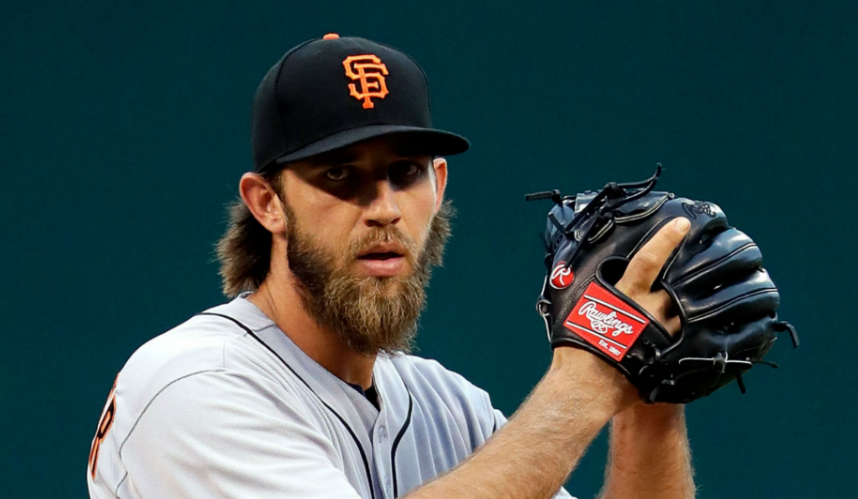 Yes, it probably was a bad idea to walk the winning run intentionally on philosophical grounds. Yes, it’s a violation of baseball cardinal rules and no, Justin Turner is not exactly Barry Bonds, even if he is leading the league in hitting. But the Giants didn’t lose last night’s 3-2 11-inning gut punch to the Dodgers solely because of the violation of cardinal rules. Lost in the all the fury and sadness is Conor Gillaspie’s bobble of a fairly routine play at third. That play has to be made 100 times out of 100 in the Major Leagues. That bobble allowed Chase Utley to reach on an infield hit to lead off the ninth inning. He then stole second on the first pitch to the next batter by Sam Dyson. Chase Utley’s aggressiveness and baseball sense won that game for the Dodgers along with Conor Gillaspie’s misplay at third and Sam Dyson’s amnesia about holding the runner at first.

We can dissect the game all we want. We can criticize Bruce Bochy all we want. We can marvel at the fact that a rookie in his first Major League at-bat smacked a game-winning two-run double in the bottom of the 11th inning on a 95 MPH fastball off the outside corner. To micro-critique last night’s game or the series is to miss the bigger picture: The Dodgers have much more talent, are way deeper, and have a vastly superior bullpen than the Giants.

On the one hand these things just happen to the Giants in 2017. It’s that kind of year. On the other hand, the Giants mess has been an on-going freight train of disastrous baseball since last year.

Despite the loss  MadBum was nothing short of sensational last night. His performance might be the most important take-away for the Giants. His fastball had all kinds of life and his location in and out on the plate was dominating all the Dodgers not called Corey Seager. He commanded the game and looked like the MadBum we know who can take a team to the promised land and the one pitcher in the world you want starting your postseason game.

While I am absolutely not a “moral victory” kind of guy I did find it very interesting that the Giants, with all their crapitude, their ineffectiveness, their snake-bitten baseball karma, fought hard, fought valiantly, and pushed the Dodgers (the team with the all-universe offensive attack) to the limit in all three games. The Dodgers didn’t exactly wipe the floor with the Giants. With better defense last night and a better bullpen performance Friday the Giants take two of three.

The Giants match up well against the Dodgers despite the superior offensive firepower of the Los Angelinos. The Giants starting pitching was excellent in the series and this bodes well for the future: The Giants can beat the Dodgers when the two teams play against each other. The problem is the Giants don’t get to play the Dodgers for 162 games per season.

I still believe going forward the Giants should be a pitching and defense first type of team, mostly because of their park.

Right now their poor outfield defense, weak and inconsistent pen, and lack of athleticism are major issues, perhaps the first things I address going forward in the draft.

The Giants will have to accept that they are in large part, victims of their organizational philosophy of loyalty to their players (Cain, Melancon, Pence, Moore) and victims of their success. If this is the price we pay for three rings then we have to take it with dignity, like men (and gentle ladies) and hope for the best. The Giants do not appear to be that cut-throat team that eats contracts, jettisons popular players when they begin their decline, and plans ahead.

If the Giants ownership wants to regain their Championship lineage, they will have to face some hard choices and clean house. By clean house I mean giving our beloved Bochy the golden parachute with an executive position. Finding a younger, more aggressive manager willing to let young players perform. Bobby Evans would get re-shuffled or fired if I am the owner of the team. Baseball has become a young athlete’s game overnight. Starting pitching is still at a premium but players who are versatile are nearly as important. Depth is another major weakness the Giants will have to address. The Dodgers have dominated the division for over 6 years now and they continue to acquire top flight players in their system. The Giants will need to face the music and basically start fresh, change the way they have been doing things and adapt to succeed. This is no small feat. How do you tell an organization, a manager or a GM that won 3 World Series titles that their way (loyalty to a fault with big contracts, giving aging veterans priority in playing time, not taking chances on foreign players in the draft, not cutting losses/dead weight, etc.) is no longer the right way forward?