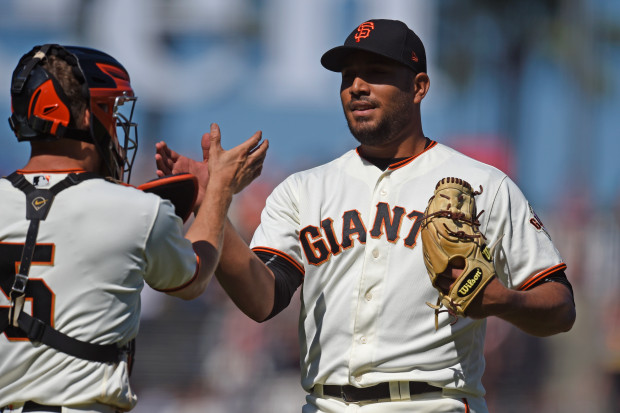 Jarrett Parker made a spectacular play in left field, throwing out J.D. Martinez to save a run and complete a double play. The throw was a laser from deep in left that nailed the DBacks right fielder to help preserve the Giants tenuous lead. It looked like Martinez would score easily as he was tagging up. It was by far the best assist by a Giants outfielder since Game 2 of the 2012 World Series, when Gregor Blanco relayed to Joe Panik to throw out Prince Fielder in the top of the second inning of the game. It was a bang-bang play and perhaps the most pivotal moment of the whole series.

Oh, and by the way, Mr. Parker also had a two-run bomb, thank you very much.

The win gave the Giants a series victory against Arizona and kept them apace with the Dodgers, who won again today. The Giants maintained pressure on their rivals in Los Angeles, staying within 36 games behind the first place Dodgers.

So that’s what good outfield defense looks like. Giants fans can get used to this.

Here is the play in the second game of the 2012 World Series: