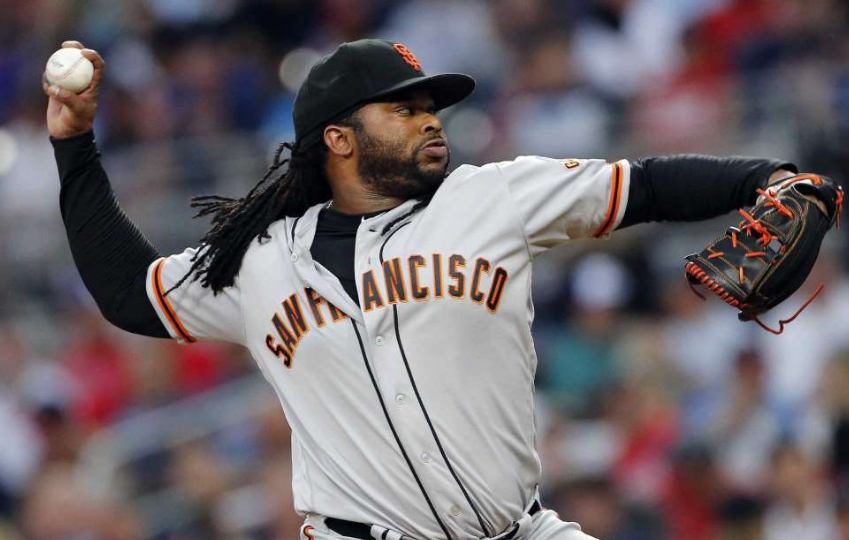 The best thing I can say about this game is that it ended at a decent hour in the East Coast. That’s pretty much it. Johnny Cueto deserved better, pitching 7 innings and allowing only 2 runs. He was very good. The problem was the Giants bats were pathetic against the knuckleball of R.A. Dickey.

Our boys from San Francisco looked utterly despondent at the plate hitting weak fly pops, soft grounders and striking out looking on balls they thought were headed to Savannah but somehow found their way back over the strike zone. There was bad umpiring and horrible replay review officiating but picking on those phenomena would be missing the point.

Derek Law and Josh Osich allowed a 7-run 8th inning to dash any hopes of a Giants comeback in the ninth.

It was all sad. It is all so very sad. Seeing such a proud team, a proud bunch of once-excellent ballpayers and a proud franchise fall further into the abyss of hoping for the top draft pick.

I hate losing. I hate the idea of tanking a season or a game for a future draft pick that will likely not help your team in the future.

What saddens me most about this team is the culture of acceptance, of losing that seems to permeate every fiber of the corpus that was Giants baseball. Ultimately we do have to hold somebody accountable and if I am the owner I consider firing Bruce Bochy today, politely of course. Maybe I offer him an executive position in name only and thank him for all he did. I tell him he will get a plaque, maybe even a statue one day but this display of putrid baseball and successful losing, of finding every which way to squander a game, cannot continue.

When I was 14 I played in a Winter League on a team that was terrible. Our record was approximately 7-18. We knew losing well. It got to a point that we just felt we would lose every night we showed up to the field. The defeatism was omni-present like the humidity of South Florida. When a player feels this way it affects his effort. It affects every aspect of his play.

More than anything else, the Giants, and Bruce Bochy need to find a way to get this team out of this pathos.

There are so many interesting plays from the past two games that indicate how much failure, how deeply losing is ingrained within the psyche and the bodies of this team. Last night the Braves sent a runner to score from first on a double down the right field line. It was a bad decision to send him. All Crawford had to do was make a decent throw home and the runner is out be 5 feet. Instead Craw short-hopped it and it skipped away from Buster. It was a play that two gold-glovers have to make.

Something has to change immediately or the Giants risk becoming irrelevant very fast.

Right now I can think of ten things I would rather do than watch tonight’s game: