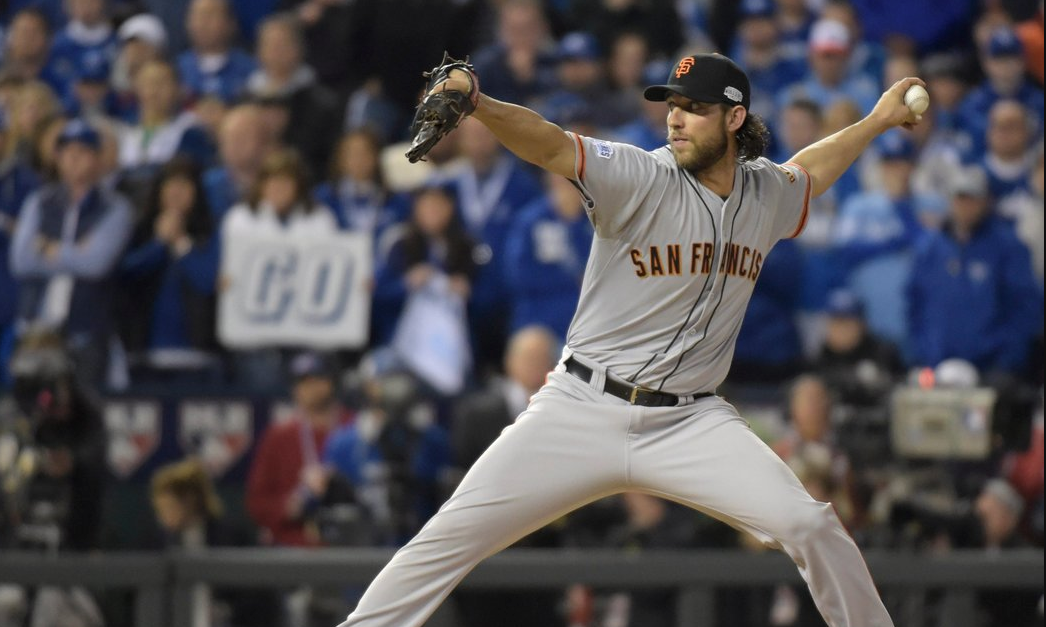 Four years ago today Madison Bumgarner produced one of the greatest performances in sports history, forget about baseball or World Series history:

The anniversary of 2014 is the perfect approach to analyzing the failures of the Los Angeles Dodgers and Clayton Kershaw, whose postseason woes are now legendary.

Congratulations to the Boston Red Sox.

The Dodgers have now defied the odds. Statistics tells us that the Dodgers have about a one in thirty chance to win the World Series, considering the amount of teams in Major League Baseball and the number of seasons (30) since the Dodgers last took home the Commissioner’s Trophy, the grandest prize in North American team sports.

That’s a mighty long time. Going to the World Series two years in a row and losing both appearances is a bitter pill to swallow. It couldn’t have happened to a nicer fanbase and a nice group of athletes. Between their relentless, preening (Puig), hotdogging (Bellinger), dirty play (Machado), and lame fans who were out-cheered, out-represented, and out-committed by Red Sox fans during the three games in Los Angeles, well, let’s just say that maybe, just maybe, there is a God.

In all seriousness, the Red Sox are an incredibly deep team. Watching this World Series and last year’s contest with the Astros one would think the recipe for success is offense and more of it from the top of the order all the way down to the last player on the bench. It would seem MLB has evolved from the old-fashioned pitching-defense, and timely hitting recipe for crowing champions to the current fashion with bludgeoning teams with big boppers. I am not sure this is the case. I believe there are many ways to win a ring.

There is no doubting the Red Sox are powerful, athletic, and very well-balanced. Their return to the World Series in 2019, however, is no sure thing. I, for one, was absolutely certain the Astros would re-appear in the Fall Classic and succumb to the Giants in seven.

But hey, what do I know? I predicted the Giants to win 98 games, the NL West, and bring home their fourth trophy in eight years.

Alas, it was not to be for our boys of Summer this year.

Spring Training is only a few short months away.

Let the 2012 Postseason viewing party begin. I will be posting about it regularly with videos of each win in that sensational, epic, and unforgettable postseason.