A New Era of Giants Baseball 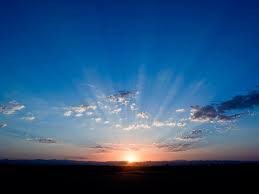 Even without any specific baseball news, it’s been quite an eventful week for the Giants family. Within 24 hours, they introduced Farhan Zaidi, new President of Baseball Operations–and said goodbye to Willie McCovey, the first great homegrown San Francisco Giant. Greek Giant already did a good job of writing about both events, so I’ll just add some thoughts of my own about this transitional space that we Giants fans find ourselves in.

The end of the Brian Sabean era

This is a big, big, BIG deal. Sabean came to the Giants in 1993 as assistant GM and became GM after the 1996 season, replacing Bob Quinn. The 1996 Giants were a last-place team, and the first thing Sabean did was to trade away homegrown fan favorite Matt Williams, to Cleveland in a multi-player deal. One of the players obtained in that deal was Jeff Kent, a cranky, underachieving second baseman whom I vaguely remembered from the 1995 Mets. The trade was so unpopular with Giants fans that Sabean had to publicly defend himself, famously saying “I am not an idiot.”

As to that deal in particular, Sabean was absolutely proven to not be an idiot. Kent’s career took off from that point, leading to his NL MVP season in 2000. Kent had been known as a bad clubhouse guy with other teams, but he won the Willie Mac Award in 1998. As for the Giants, starting in 1997, they went on a very successful seven-year run that led to three NL West titles (1997, 2000, 2003), a wild-card berth (and another near-miss in 1998), and the NL pennant in 2002.

After four ugly losing years in 2005-08 that included a toxic emphasis on Barry Bonds’s controversial home run title pursuit (but led to the drafts that brought us Tim Lincecum, Madison Bumgarner, and Buster Posey), the Giants started to win again in 2009 and finally captured their elusive first San Francisco title in 2010, beginning an incredible run of three championships in five years (2010, 2012, 2014). Now the cycle of losing has hit us again. Since the last parade in 2014, the Giants have had one short-lived playoff appearance followed by 98- and 89-loss seasons. And now, finally, the Sabean era has ended.

Yes, Sabean is still employed by the Giants, and he’ll report to Larry Baer, not Farhan Zaidi. But make no mistake: his reign is over. And it’s worth marking, worth remembering what a long and remarkable run it’s been. I’ve always loved Sabean, even when I don’t agree with some of his decisions. He’s been a bit too veteran-happy, a bit too inclined to trade the future for the present, for my tastes. But I love the straight talk and I love the passion. He took a lot of heat for his inflammatory comments about Scott Cousins after the 2011 collision with Buster Posey, but I always took that for what it was: a dad (he’s the father of six boys) feeling the pain of one of his kids.  I remember his comment (from Andrew Baggarly’s book) after 21-year-old Bumgarner’s extraordinary performance in the 2010 World Series: “I have a lump in my throat. I can’t even talk, that was so amazing.”

But my absolute favorite Sabean memory was the few seconds captured by Fox Sports after Travis Ishikawa hit the dramatic walk-off homer to win the 2014 NL pennant for the Giants. As the fans and the players went nuts in AT & T Park, Sabean was seen in his private box in tears, hands over his face. That’s how much he cares; that’s how much that incredible moment moved him.

I liked this description from Bruce Jenkins:

It was just a few seconds of precious television time, and as the Fox Sports camera focused on Brian Sabean’s private box, the images were dark and grainy — but what a scene. Sabean’s reaction to the Giants’ Game 5 victory was one of the most touching moments I’ve witnessed in some 40 years covering the game.

This stoic, somewhat crusty man, always playing it close to the vest in the workplace, broke down in tears as Travis Ishikawa’s home run triggered a joyous celebration. He covered moist eyes with his hands and then looked out to the field again, his face now fully melted in a swirl of validation and disbelief.

In my opinion, Sabean is a Hall of Famer. Thank you for everything, Sabey-Sabes.

Despite my need to mark the end of a great era, I’m quite pumped for the new one. Larry Baer hit it out of the park with Farhan Zaidi. An aside: Was anyone else confused about how to pronounce his name? There’s a good reason–it was being said at least two different ways this week on KNBR. We have the definitive answer, and all the KNBR hosts and beat writers seem to be on board now.

Just got the final ruling:

I watched Zaidi’s press conference as it was happening and heard his interview later that day with Tolbert and Lund on KNBR. I’ve read the national stories. And I’m very, very impressed with him and with the universally positive reactions to his hiring. What really struck me is how happy he seemed. He wasn’t a sneering former A’s/Dodgers executive coming to rescue this sad-sack franchise. He’s a guy who loves San Francisco, who values the Giants’ culture (loved his story about stopping to watch the Hunter Pence ceremony after the last game of the season), and who respects the Sabean/Bochy legacy.

Because it’s November, so why not, here a few way-too-early predictions based on what I’ve observed from Zaidi–both his words this week and his work as the Dodgers’ GM–and how he might move the Giants forward and back into relevance.

Out with the old and in with the new can be both sad and exciting at the same time. I for one am ready for change. Can’t wait to see how it all unwinds. Lefty out.