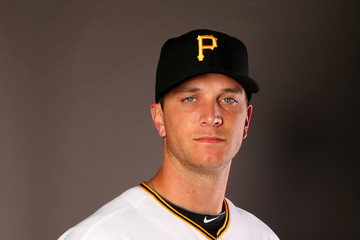 I went to sleep last night thinking about my blog post. I usually have some kind of concept, and the one I was working on was related to Bernie Miklasz’s hard-hitting piece in The Athletic yesterday on tough questions facing the Cardinals. I was going to riff on that (for the Giants) for today’s post, so I was brainstorming some questions.

The first thing I thought of: Is this year’s neglect of the bullpen analogous to last year’s neglect of the outfield (especially left field)?  There are a lot of similarities. We knew going into last season that the outfield was going to be a problem, and it was. It had been weak the year before, and it somehow got worse, with the departing Pagan and Blanco being replaced by Gorkys Hernandez, Jarrett Parker, and, I swear to God this happened, Chris Marrero (followed by a desultory cast of thousands, of course). This year, we know the bullpen was a problem, and one of the few 2017 bright spots, Kyle Crick, is gone, sacrificed to bring Andrew McCutchen over from the Pirates. And there had been no reinforcements whatsoever, and no, a Rule 5 guy who hasn’t pitched above A ball doesn’t count, and neither does Derek Holland.

And then I woke up, picked up the ol’ iPad to catch up on the headlines over my coffee, and–hello, Tony Watson.

Check, check, and check. Obviously #2 is the most “done,” with a legitimate everyday 3B, Evan Longoria, in the fold. #1 was arguably done the day the Giants traded Span to get Longoria. And #3 is checked off with the addition of Watson.

We’d heard all week that the Giants, among others, were negotiating with Watson. And then Baggs delivered this buzzkill a couple of days ago.

Well, as the song goes, two out of three ain’t bad. Reportedly, the Giants did figure out a way to get Watson without going over the CBT. Even more impressive: Watson’s agent is Scott Boras, not usually known for giving teams a good deal. Wow!

Confirming #sfgiants and LHP Tony Watson are in agreement on terms. Two years with incentives plus a player option with incentives. Does not put them over CBT. Likely not official till Monday. Massive, massive achievement.

Bobby Evans, Executive of the Year?

Since the season ended, the Giants have added four quality major league pieces to their roster–five, if you count the return of Nick Hundley–somehow without going over the CBT line, even though they had very little cap space going into the offseason. It has happened through swapping out of a couple of ill-fitting pieces with big contracts (Moore and Span), through innovative contract structures for Jackson and Watson, and through getting trade partners to take a big contract (Span) and/or to include money to pay down salary. It also happened without sacrificing their best prospects or their draft picks. This is high-level smart stuff. I’m impressed. You play the games between the lines, but you absolutely have to give Evans and crew an A for both effort and creativity.

It would be pretty darn funny if after everyone calling for Evans’s head (/raises hand) and even the front office basically giving him a vote of no-confidence (through ordering Sabean to get back involved), he ends up being the big hero who saved 2018 and righted the ship. I for one would be happy to be proven wrong about him!

So let’s meet our new lefty reliever. Tony Watson. As Alex Pavlovic’s story notes, Watson is 32 (will turn 33 at the end of May). Originally from Iowa, he was drafted by Pittsburgh out of the University of Nebraska (he and Ty Blach, who went to Creighton University in Omaha, can swap stories). It looks like he was a four-year college guy, so he was already 26 when he made his debut with the Pirates in 2011. However, relievers seem often to be late-bloomers, so his age at this point seems like no big deal. Here’s a screenshot of Watson’s career stats.

As you can see, 25 of his 30 career saves came after Mark Melancon was traded to the Nats in mid-2016. But it’s good to see that he has experience closing games. With Melancon and Dyson already having closer experience, this gives Bochy a lot of flexibility late in games to play match-ups and not to overwork Melancon as he returns from his injury and surgery.

Another thing about Watson is that he has some substantial postseason experience and indeed was credited with two World Series wins for the Dodgers last season. So–again like Affeldt–he’s battle-tested. Hopefully that will be relevant!

Where this leaves the Giants

I’ll save my Bernie-esque hard-hitting tough questions post for another week. Today is a day to tip our caps and raise a mimosa or Bloody Mary to Bobby Evans and say welcome to Tony Watson. Lefty out.