Dusty Baker Takes A Look Back at the 1993 Season 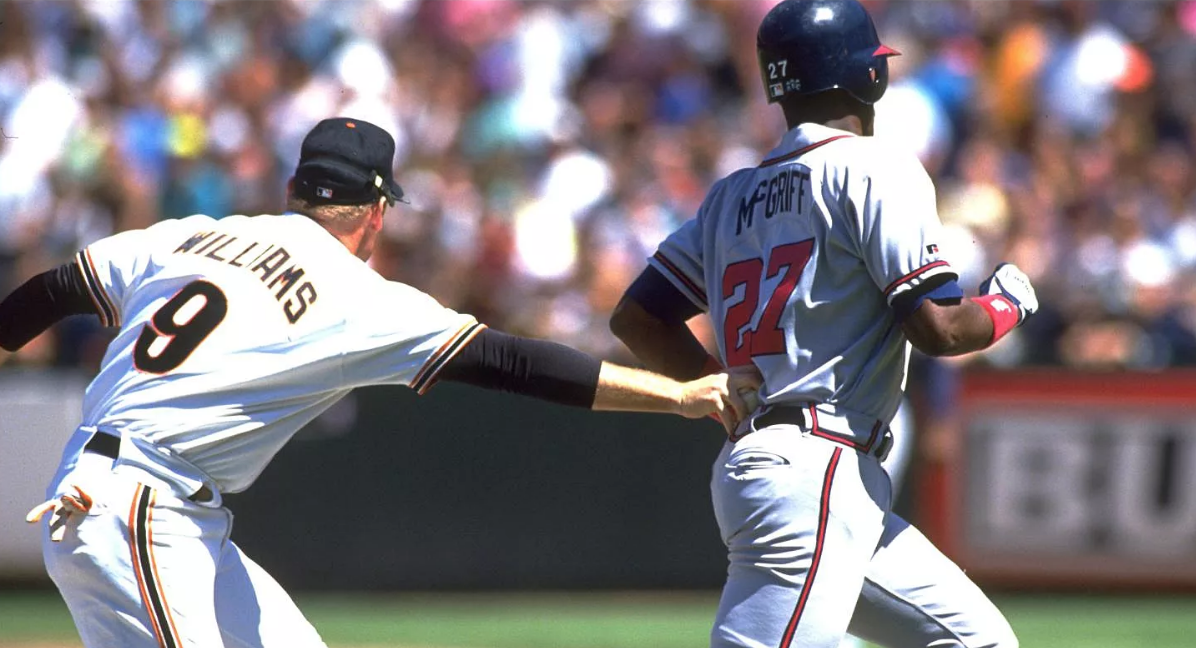 In a fascinating interview with Andrew Baggarly in The Athletic, Dusty Baker recently spent time analyzing the 1993 pennant race. You remember don’t you? 1993 was that heartbreaking season that saw the Giants win 103 games and miss the postseason, losing the division in the final game. The Braves would outlast the Giants in that pre-Wild Card year that I remember oh-so-painfully.

Here is a gem:

“People also forget that 1993 was the one season when Barry Bonds and Will Clark intersected. You’re talking about two huge figures in franchise history.

They were, and for me, that was a very tough decision I faced early on. I had people telling me Barry should hit third, and in reality, maybe he should have. But I remembered being a new guy in high school in Sacramento. I went there my junior year. When you’re the new guy coming in, you’re going to cause some stuff when you take the quarterback’s job and maybe take his girlfriend, too.

Those 3-4-5 spots in the lineup, guys take it personal. I saw a lot of animosity over that when I was with the Dodgers and the Braves. So I went to Barry, who had just signed with us, and told him, “I need you to hit fourth even though I think you should hit third, just for the sake of camaraderie.” And it worked.”

What is especially intriguing about the interview is the insight into Dusty Baker’s thinking, his personality and the degree to which he is so thoughtful and conscientious toward his players. Remember that team? It was amazing! John Burkett and Billy Swift each won 20 games! It was Barry Bonds’s first year in San Francisco! The team had an incredible defense.

I remember that season very well since it was my second year in San Francisco. I will never forget the ups and downs of the final month of September. The Giants had a huge lead in the standings, blew it and fell behind only to catch up to the Braves on the final weekend. It was also the year that the Rockies lost every game to Atlanta, a heartbreaking detail that Dusty Baker delves into:

“And Colorado went 0-13 against the Braves that season.

That’s impossible. Isn’t it? Don Baylor promised me they were going to win at least one. That was his rookie year as a manager, too. We’d been roommates in Puerto Rico, good friends. He said, “We’re going to get ‘em today.” That was as dramatic of a series as I can ever, ever remember.”

Then there was the series that Barry Bonds elevated his play to another stratospheric level:

“Before we get to Sunday, let’s revisit the second game of the series on that Friday. It’s all tied up, you already knew the Braves won in Atlanta, and you’re down 4-0 early at Dodger Stadium. Then Barry hits a three-run home run, and later in the game with first base open, Tommy Lasorda pitches to him and he hits another three-run home run. Where does that performance rank for you?

Let’s just say, Barry, I knew he was good. But I didn’t know he was that good. He acted like it was ho-hum. And his dad, you know, was on our staff at the time. Bobby knew his son was good. He’d tell me. He wouldn’t tell Barry, but he’d tell me.

Buy a subscription to The Athletic. It’s worth it for this interview alone!