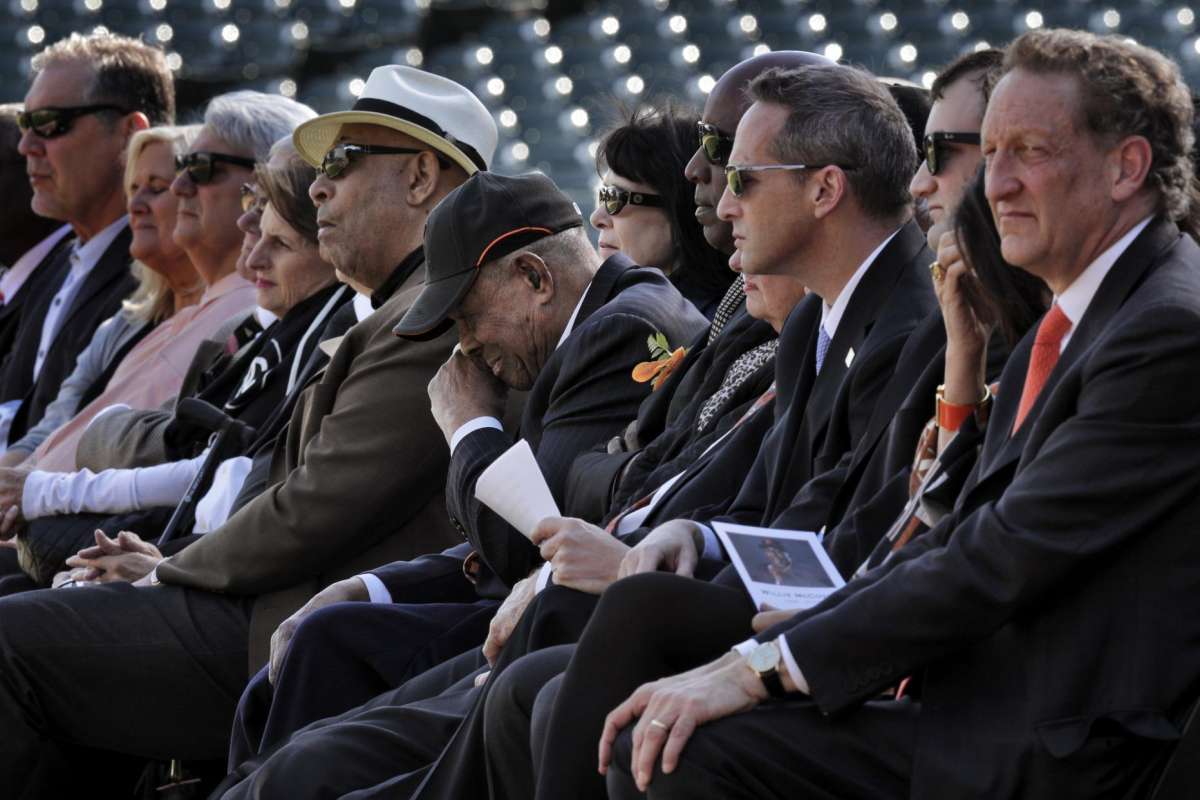 Yesterday the Giants held a special service and ceremony honoring the life and career of Willie McCovey.

There were stories filled with laughs and tears.

The two hour event was a love fest filled with greatness. Orlando Cepeda was there. So were Willie Mays, Barry Bonds, Gaylord Perry, Mike Krukow, Bruce Bochy and Jack Clark, to name but a few luminaries and Giant immortals.

What I would have given to be there…