Happy FanFest Day–The Boys are Back! 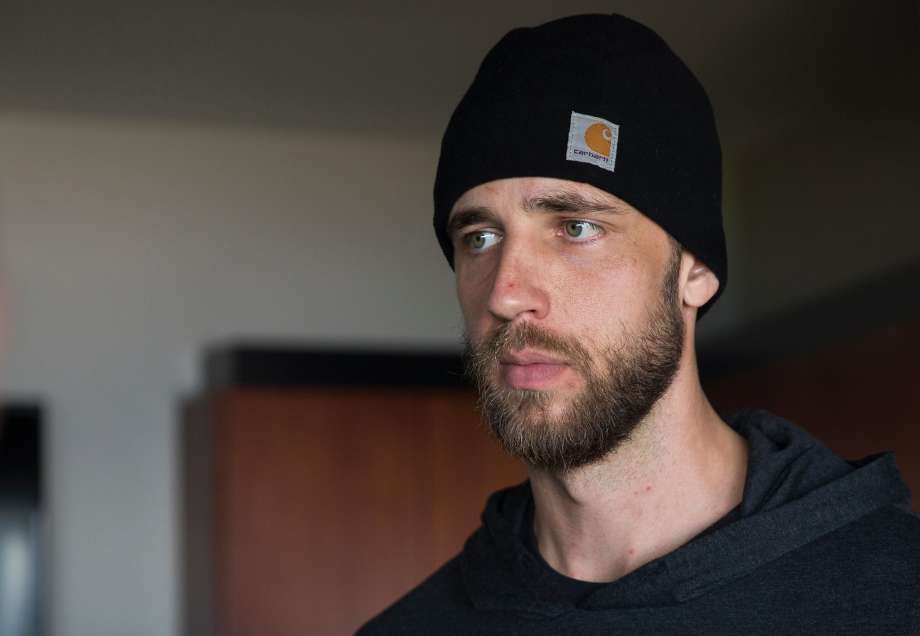 The delicious anticipation starts to build as the fourth quarter of the Super Bowl comes to an end. Football is finally over, almost time for…  Then the players roll into town, and we see tidbits from their photo and commercial shoots. Friday is Media Day, so we get some meaty news and interviews, and that night is the Town Hall (which has morphed the last two years into a Family Feud game). And today is the FanFest. I know the Crawniks are going, but the rest of us can listen on KNBR if we like or follow along on the Giants website–they’ll have interviews by KNBR hosts and Q & A from the audience. Hopefully Crawnik will get us some good photos.

All this leads up to Tuesday, which is when Giants pitchers and catchers report for spring training in Scottsdale. We did it, folks. We made it through a long, cold, sometimes stressful offseason. Baseball is back!

For today’s post, I thought I’d collect and occasionally comment upon news and fun stuff from Media Day.  Here are some observations from the various interviews with the players.

Obviously any player who went through that soul-sucking 98-loss season would be happy to see the team improve. But there was more than that in the players’ remarks. They all clearly knew about the rough offseason for free agents and that a big part of it was other teams choosing not to compete. This made everyone, returnees and newcomers, grateful to be with the Giants, and whatever else you can say about the team, that’s a great place to start the year. From Buster Posey:

“You read it a lot,” Posey said in his first public comments about the front office’s offseason. “People are questioning why the team wasn’t blown up after the horrendous season we had last year. First and foremost, I’m grateful I’m with an organization that’s trying to get back to the pinnacle of baseball.”

Joe Panik: “A lot of teams are tearing down their rosters and rebuilding do the whole rebuild thing over five years…I’m so happy that Bobby and Brian were able to go out and get the guys we needed to make a push.” pic.twitter.com/8UtC5OPHNq

He said some diplomatic things about how it would be great to be on a team that has “another MVP,” where the pressure wasn’t always on him to be the guy. But these next two quotes are THE BEST.

Right fielder Andrew McCutchen sounded thrilled to have the opportunity to wear the Giants' home uniform. It's a matter of tint. "That was something I always said, that the cream (color) on the uniforms is so nice, as opposed to the stark white. That's awesome," McCutchen said

Here he is putting on a cream home jersey in front of the fans. OK, Cutch, but how do you feel about bright orange? Friday is coming. We have them once a week. But then there’s this one:

How can you not love this guy?! I’ve already decided that when I get to Scottsdale and we go to the team store for swag, I’m getting me a McCutchen shirsey.

Madison Bumgarner is lean, mean, and ready to go

This is Bum’s first FanFest since 2015 (he specified in his interview with Baggarly that it’s been because he was driving his horse trailer from North Carolina to Arizona–this year he hired someone else to do it). He arrived looking trim, fit, well-groomed (see the photo up top–the hair is short this year). Bruce Jenkins had a piece on him, as did Baggarly in The Athletic. The upshots from both interviews:

“I’m thankful to be part of a team that doesn’t just accept losing,” he said. “They’re making a conscious effort to put a team out there that has a chance to win, and that’s what every team should do, just out of respect for the game and the city they’re playing for. Unfortunately, that’s not the direction a lot of teams are going.”

We’ve got a clubhouse full of leaders. I’d rather go to battle with a group of guys that have been there before, rather than somebody, regardless of their talent, seeing it for the first time. I couldn’t feel better about the group we’re running out there.”

There are no immediate plans to work on Bum’s contract, per Bobby Evans (he has other things to worry about right now). When Baggarly asked why his contract status (11th-highest paid player on the team) doesn’t bother him, he said this.

Brandon Belt is still a goofball

He was a team captain in one of the rounds of Family Feud, and according to Carmen Kiew, who managed to finagle her way into the event, this happened.

Brandon Belt didn’t wait for the question to be read, he just slammed the buzzer and yelled “Buster Posey” and got the number one answer #FamilyFeud

After that happened, every time a contestant couldn’t think of an answer, they said “Buster Posey”–and at least one other time, it was one of the answers (or at least within the realm of acceptable answers).  Also, I’m not sure what’s going on with Belt’s face right now. He appears to have gone to the Hunter Pence Hobo Salon.

Buster Posey is in show-me mode

Buster, as always, was polite and diplomatic and statesmanlike in answering questions. He said all the right things about the new additions and where the team is at. But he also said this.

While the “buzz around the team” is different because of all the offensive talent the Giants added, Posey said, “I think we thought we looked good on paper last year, but it turned out terribly.

“Hopefully we’ll come into the season with a little bit of an attitude that we want to fix what went wrong last year.”

It appears to me that Posey has some specific people/situations that in his opinion need “fixing.”

It’s going to be hard to win My25ManGuy™ this year

The quotes from Evans/Sabean/Bochy interviews led to some interesting insights. Here are two articles, one by Henry Schulman and one by Kerry Crowley (the new Merc beat writer) about how the decision-makers are viewing the roster right now.

From Schulman, Bobby Evans is candid that he may not be done with his shopping. The odd free agent market presents some unique opportunities to go into spring training, see how your own club looks, and then try to fill holes if good deals avail themselves. He said they’ll be scouting the free agents camp in Florida and that they’ll be at Tim Lincecum’s showcase. This is to say that the guys in camp on Feb. 25 may not be the only ones with a chance to make the 25-man roster by March 29 (Opening Day).

Sabean also talked about the value of having a deeper 40-man roster and a Triple-A team just 90 miles away. There are plenty of interchangeable parts with options–mentioned in Crowley’s article are outfielders such as Williamson and Slater, relievers such as Law, Moronta, Osich, Okert (also Snelten), and even starters. Crowley speculated that because Stratton and Blach have options, either could be sent to Sacramento for a spot start if the Giants have off days and need an extra reliever or bench player more than a fifth start.

So the 25-man roster on March 29 could include guys not even in the organization yet, and some of the younger guys could be in Sacramento…but maybe not for long. And a guy with options might be on the Opening Day roster and then in Sacramento for the River Cats’ home opener.

I’m writing from San Diego today. Mr. Lefty was speaking at an ABA conference yesterday, so I tagged along. Today we plan to go to the San Diego public library, where they have a famous baseball section and then drive up to La Jolla for lunch before heading to the airport for our 5 p.m. flight home. I will keep an eye on FanFest as I can from a distance, though!

I’ll take us out with this photo of The Cathedral at sunrise of FanFest day.